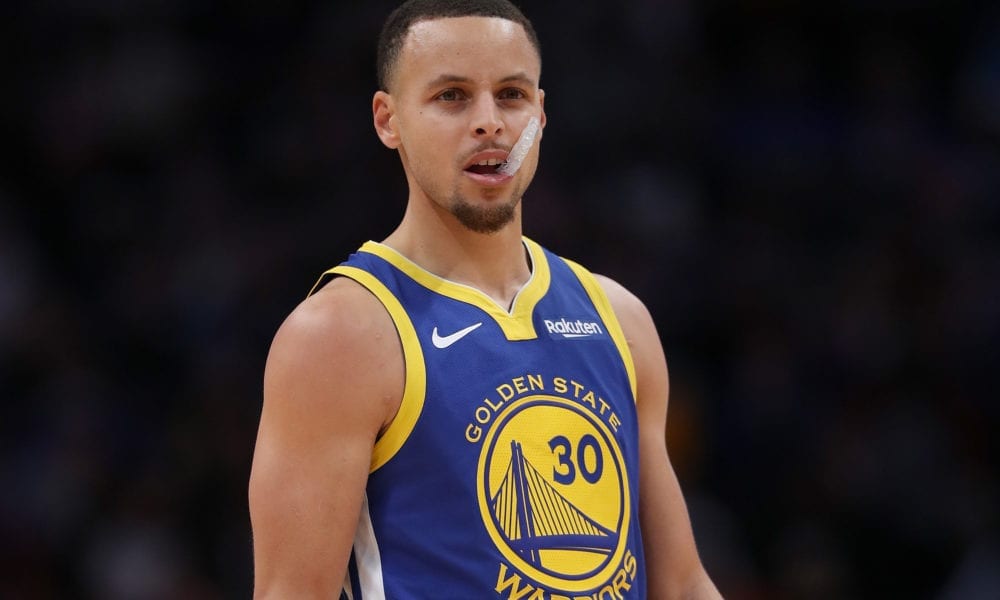 With the same sense of inevitability that planet earth will be wiped out by the all-encompassing sun, every NBA team will eventually die at the hands of Steph Curry.

But before we get to that, let’s take a step back.

Consider the season which followed Curry’s 2014-15 MVP-winning tour de force, when he doubled down with 30 points per game on 50/45/90 shooting splits.

It was his last year without Durant, his second year winning MVP, and his first year fully embracing the idea that between those white lines he could do anything, from anywhere, at any time.

No longer a laws of physics abiding citizen, it was that season he truly redefined what was possible for a human being on a basketball court.

Curry, while still brilliant, took enough of step back that he was no longer positioned directly under the spotlight which once adored him.

Steph still averaged 25 points and had his fair share of breathtaking moments, but he wasn’t breathing fire quite the same way he used to.

Fast forward to the current day and while the Warriors have clawed their way back to the top of the West, they’ve had their vulnerable moments.

Curry, the trained killer who’d reverted to autopilot, sensed the full extent of his services were required once again this season, and started coming into games packing more heat than Sly Stallone’s crew in The Expendables.

Much like that wild, pre-Durant season, Steph’s exploits are beyond belief once more.

He’s averaging 30/5/5 on 49/46/92 shooting splits despite seemingly making it a personal mission to take the most difficult shots imaginable.

Curry is launching shots from places no one else has even considered, and he’s doing it with regularity.

Incredibly, if you look at his shots taken between 30 and 35 feet, he’s still hitting 54 percent of them.

The rest of the NBA manages less than 22 percent from that range and 35 percent overall.

Earlier this season, Curry passed Jason Terry for third all-time in three-pointers made, despite having played 755 less games than Terry.

He’s on track to be six years younger than final-year Ray Allen when he eclipses his all-time mark.

Curry’s season peak so far was his 48 points on 11 threes against Dallas a week ago, but it’s his sustained, season long kick-assery which really boggles the mind.

Make no mistake, Steph is peak Steph again, and no one standing between him and the title stands a chance.