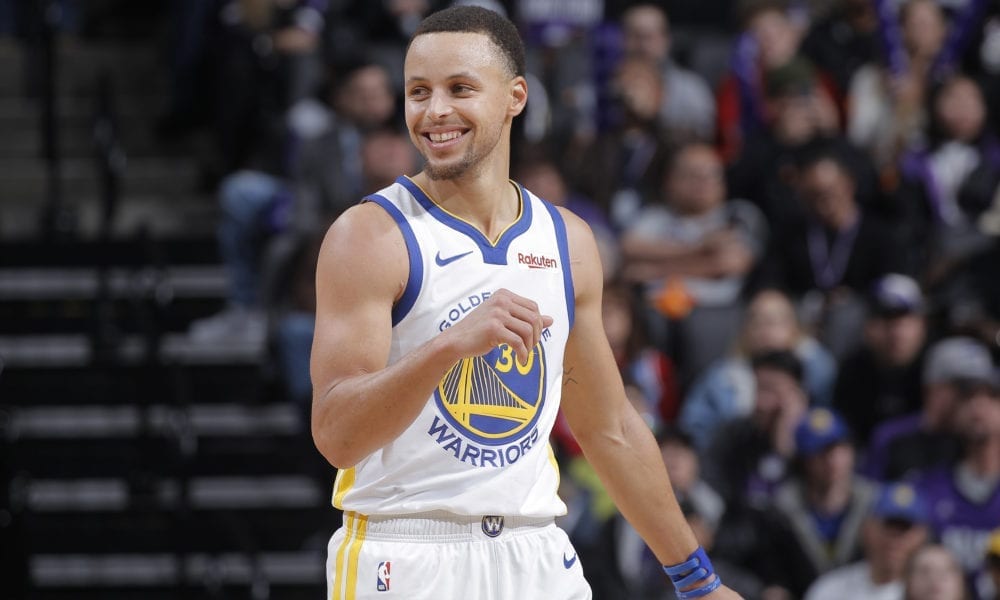 Even for a man who breaks shooting records in his sleep, it was a huge moment when Steph Curry moved into third all-time in three-pointers made.

Curry nailed five triples during Golden State’s 146-109 demolition of Chicago on Friday, moving past Jason Terry (2,282) on the all-time list.

That leaves only Reggie Miller (2,560) and Ray Allen (2,973) ahead of him, and Curry has planned a unique way to celebrate his accomplishment.

“I did [keep the game ball],” Curry said, per Sporting News’ Tom Webber. “I’m gonna try to send it to Reggie and Ray to get them to sign it for me.

“It’s just a special accomplishment, in terms of two guys that I know are trendsetters in stretching the imagination of the three-point game, doing it for many, many, many years, and people that I looked up to as a young kid playing the game.”

“Obviously with my dad [Dell Curry] sparked a love of shooting the basketball – to look up on the list and obviously I want to catch them and put together many more years at this pace, but just knowing those two guys are right in front of me, it’s a special moment, for sure.

“Because I respect the game, I respect what guys have done before, and those two guys – those are guys I looked up to.”

It’s only a matter of time.

And with Curry being just 30-years-old, he’ll push well beyond his heroes to set a record of his own, one which might never be broken.