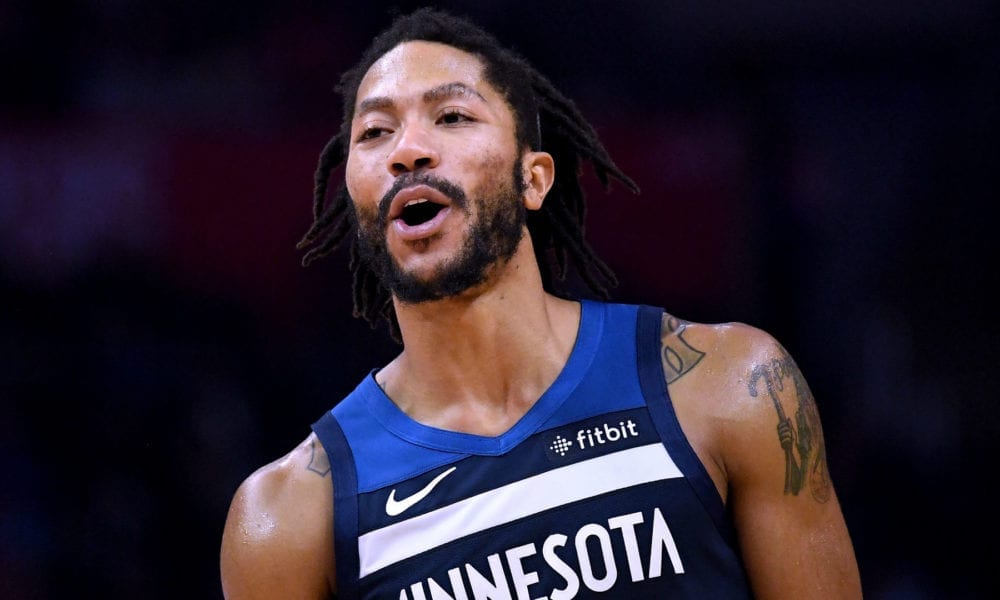 After spending what must’ve felt like forever in the basketball wilderness, Derrick Rose well and truly has a spring in his step once again.

As recently as last season, Rose wouldn’t even speak out in the Cavaliers locker room, knowing his voice no longer held any weight.

His swagger is back in a major way, as you may have noticed on Sunday night.

Not only did Rose have the balls to take the game-winning shot, but he took one look at his defender, rookie Mikal Bridges, and said “I got this”.

“It was a rook sticking me, right? A rookie, right?” Rose said postgame, per The Athletic.

“C’mon. I gotta go at him in that situation.”

You know someone is well and truly back when he looks at an opponent and says “you ain’t got shit” (even if it’s not in so many words).

It was quite the night from Rose, finishing with 31 points (including 29 in the second-half), four rebounds and three assists on 50% shooting.

According to the Chicago native, his emphatic night will only strengthen the foundation from which he’s built his remarkable resurgence.

“My teammates gave me the confidence to go out there and take that shot.

“They believe in me. And that’s what I needed.”