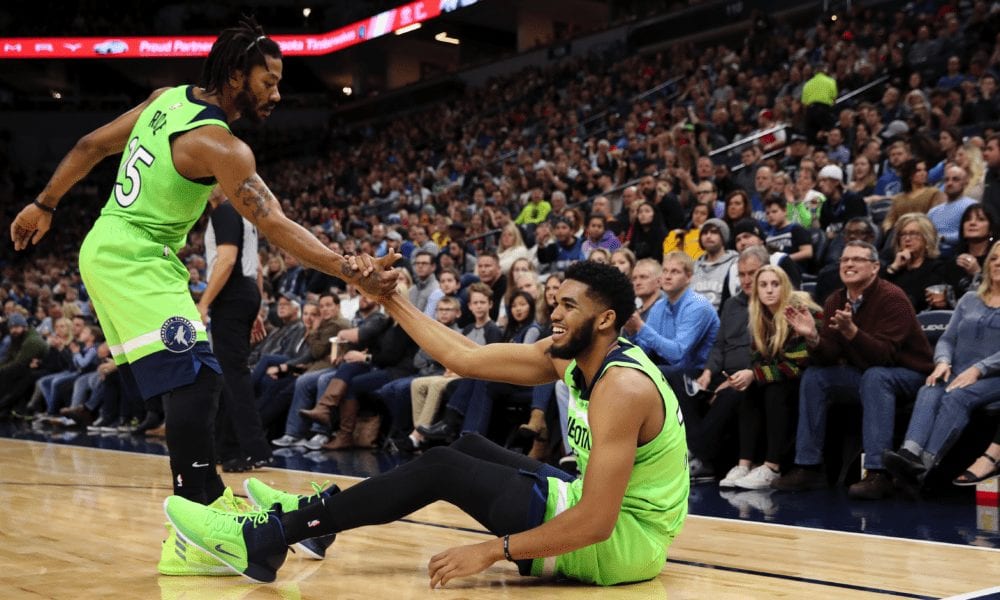 During his time in Minnesota, Jimmy Butler did his best the channel Robert DeNiro’s character in Meet The Parents: angry, always snarling, and reluctant to let anyone into his circle of trust.

By now you know that Butler always clashed with Karl-Anthony Towns, and according to KAT’s old Kentucky coach John Calipari, Butler bullied his former teammate during their time together.

“I bet that environment was so uncomfortable for him,” Calipari told to ESPN’s Jackie MacMullan.

“First of all, he and Jimmy are totally different people – how they were brought up, their likes and dislikes, how they approach competition.

“There are power struggles all the time in the NBA. If a guy can bully you, he will bully you. And that’s what Jimmy did to Karl.”

As it turns out, Towns did have one important ally in Derrick Rose, who encouraged him to block out Butler’s crap and silence him and his critics on the court.

“Derrick is the one who got Karl through that whole Butler mess,” Calipari said.

When asked about Calipari’s comments, Butler was thoroughly unimpressed (shock horror, I know).

“He can call me a bully, but when [Calipari] sees me, I’m gonna confront him about it.

“I tell it how it is. I don’t care if he’s some big head coach. I’m not bullying nobody, I’m just keeping it real.

“If I’m a bully, I’m gonna bully him too. I’ll tell him how I feel, just like I’d tell anyone else.”

Cool, Jimmy, but isn’t that exactly the kind of thing a bully would say?