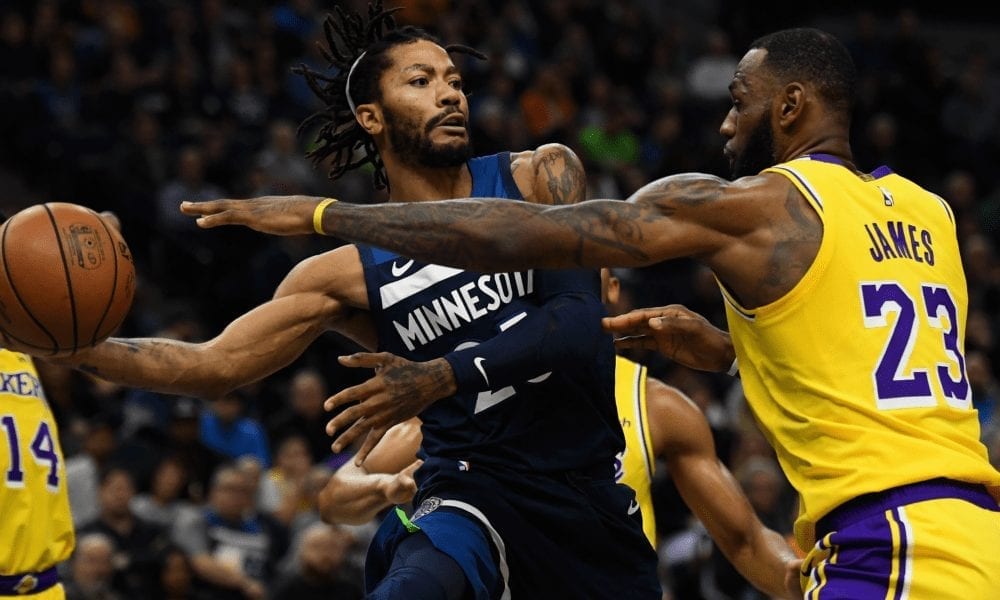 In order to play alongside LeBron James two years ago, Derrick Rose had to swallow his pride in a way some former superstars never could.

The moment he signed in Cleveland in a bid to resurrect his career, Rose had officially gone from winning MVP to playing a supporting role to one of his biggest rivals.

And according to the man himself, it was awkward as hell.

“I was just trying to make it back to the league, man,” Rose said, per The Athletic’s Shams Charania.

“I had to sign with a team that I had battled with for four or five years.

“I played with a player I battled with for four or five years in LeBron.

“Come on, man. It was super awkward, but that was my only way back.”

Rose later added he was much happier in Minnesota, which is low key hilarious considering the Timberwolves are the unhappiest team in the NBA (with the possible exception of the Wizards).

“Coming here, I don’t have to look back, dude.

Rose averaged a mere 9.8 points per game during his short-lived 16 game stint with the Cavs, before being traded to the Jazz midseason (where his time was even more short-lived, playing a grand total of zero games).

The former Bulls star likely would’ve been out for the league if it wasn’t for Tom Thibodeau and his insatiable thirst for signing his old Bulls players.

Despite managing just 5.8 points and 1.2 assists per game last season, Rose is playing double the minutes this year and contributing 14.3 points, 4.9 assists and 4 rebounds.

And when you consider Minnesota’s season has been riddled with infighting and general misery, it’d be hard to find a more unlikely scene for Rose’s feel-good story.