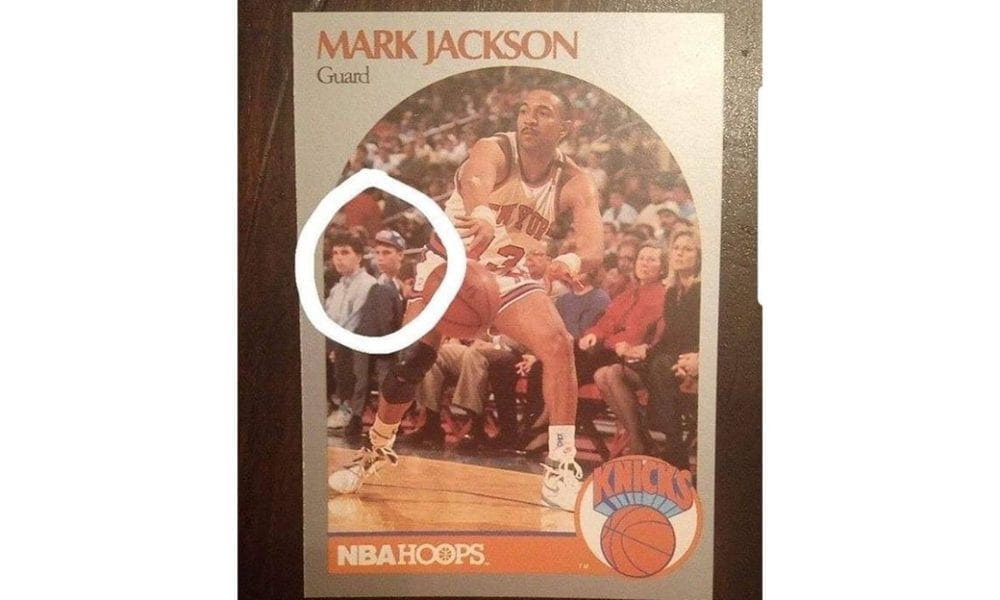 Lyle and Erik Menendez murdered their parents in their Beverly Hills mansion in 1989.

But they weren’t arrested until eight months later and spent that in between time blowing their newfound cash like there was no tomorrow.

They splurged on cars, restaurants, Rolexes and bodyguards, to name a few.

They also did what numerous movie characters have done after making it big, sitting courtside at a Knicks game.

Incredibly, there has long been photographic evidence of this, with the two men pictured quite clearly in the background of an old Mark Jackson trading card.

But no one realised this until August last year, and the story of this discovery was never properly detailed until SLAM saw to that earlier today.

It all started when crime novelist Stephen Zerance began to do some serious digging.

He was looking for some hard evidence that the Menendez brothers actually pulled off all the crazy stuff that court documents suggested they did.

After discovering the two brothers once bought courtside Knicks tickets, Zerance trawled through every relevant Getty photo he could find.

Then it hit him. Trading cards.

After buying – and sifting through – a metric shit ton of cards, he had his breakthrough moment.

There they were. The freaking Menendez brothers.

They’d been hiding in plain sight all that time, just behind Mark Jackson, the cliché spewing machine himself.

Zerance tweeted his discovery at the time, but his post gained very little traction.

Mood: my Mark Jackson basketball card with cameos from the Menendez brothers in the background pic.twitter.com/kqmLag0uze

Someone else then posted his findings on Reddit a few months later, with much greater success.

The rabid Reddit masses had been whipped into an absolute frenzy.

The Washington Post and CNN soon latched onto the development and ran with it, but no one tracked down the man who made the discovery until SLAM did so just recently.

It’s not hard to see why old mate Zerance enjoys going Full Detective with this stuff.

I got a rush just reading about it all.

Related Article:  Terry Rozier Says Celtics Are Struggling Because The Team Is 'Too Talented'
-->