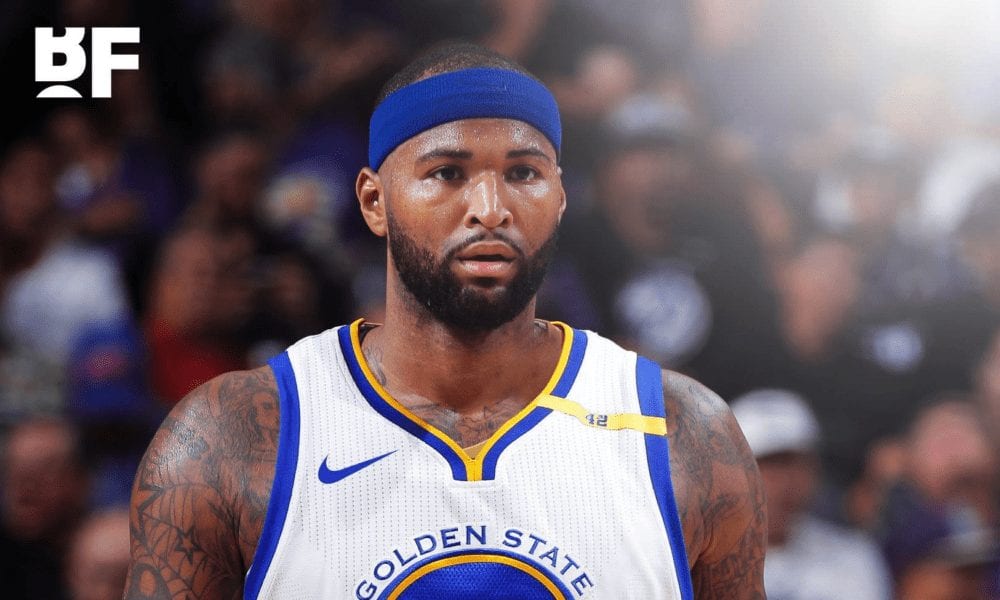 Fronting the media following his first full-contact practice with the Warriors’ G League affiliate on Monday, DeMarcus Cousins said his gruelling recovery from an Achilles tear had been filled with “a lot of dark days”.

For someone who spent six a half seasons with the Sacramento Kings in the peak of their shambolic years, that’s really saying something.

It wasn’t long ago that Cousins would’ve struggled to imagine anything worse than being trapped on a franchise run by the devastating tag team duo that is Vivek Ranadivé and Vlade Divac.

Then he suffered the most devastating injury in sports and somehow his life in the NBA deteriorated even further.

The good news for Boogie is there’s finally light – and a ring – at the end of the tunnel.

“It’s been extremely humbling,” Cousins said on Monday, according to ESPN’s Ohm Youngmisuk.

“It’s really tested me as a person, as a man, as an athlete. I’ve had a lot of dark days, a lot of good days.

“I’ve questioned myself a lot. But I found a way to overcome all those bad feelings. I see the light at the end of the tunnel, and I am extremely excited to get back on the floor.

“The sooner, the better. I can see the light. I am extremely excited about that.”

Cousins added that if his life depended on it, he could play an NBA game right away.

It also says a lot about his progress that he got through an intensive session against legitimate NBA prospects, as opposed to Warriors assistants approaching their mid-fifties and sixties.

After all, that was only one step above going up against Yi Jianlian’s pre-draft workout chair.