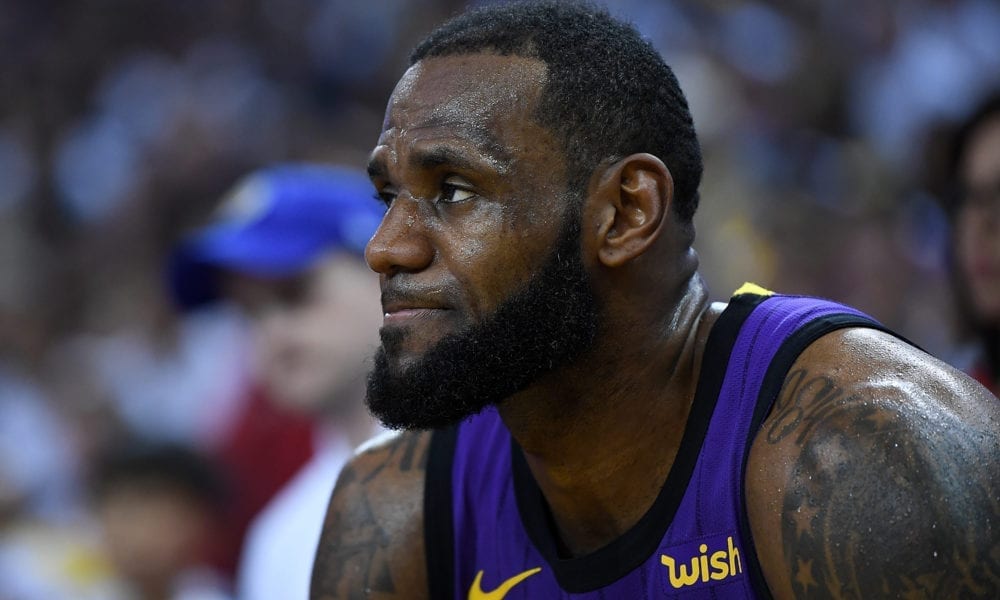 If you thought your Christmas Day was painful, with the in-laws running riot and your racist grandparents making everyone uncomfortable, spare a thought for LeBron James.

Going up against the Warriors at Oracle during the NBA’s most hyped Christmas Day spectacle, LeBron felt a nasty pop in his groin part-way through the third quarter.

James was listed as ‘day to day’, but the reality was much more serious.

LeBron instantly he knew he’d suffered the worst injury of his career, according to The Athletic.

He was soon told he’d need at least three weeks to recover.

He’s yet to participate in full-court play and will be re-evaluated on Wednesday.

Luke Walton believes the revaluation will bring good news, but his relaxed demeanour lies in stark contrast with the delicacy of the situation.

The very real threat of reaggravating the injury – which reportedly poses a far greater threat than the injury itself – has prompted a tense waiting game.

Exacerbating LeBron’s already troublesome ailment would be a disaster for the Lakers, but so would missing the playoffs.

The Lakers have gone 3-7 in James’s absence, dropping from fourth in the West to ninth over that stretch.

Related Article:  LeBron James: Warriors Were 'F**ked Up' After Game 6 Of 2016 NBA Finals

Their most recent loss came against the league-worst Cavaliers, another squad intimately familiar with the difficulties of winning without LeBron.

To make matters worse, after playing the Bulls on Tuesday, the Lakers face the Thunder, Rockets and Warriors.

If LeBron remains sidelined, they could conceivably slip to 24-24 and tenth in the West.

With so much uncertainty ahead, the only thing we know for sure is that the Lakers’ run home will be one of their most dramatic in years.