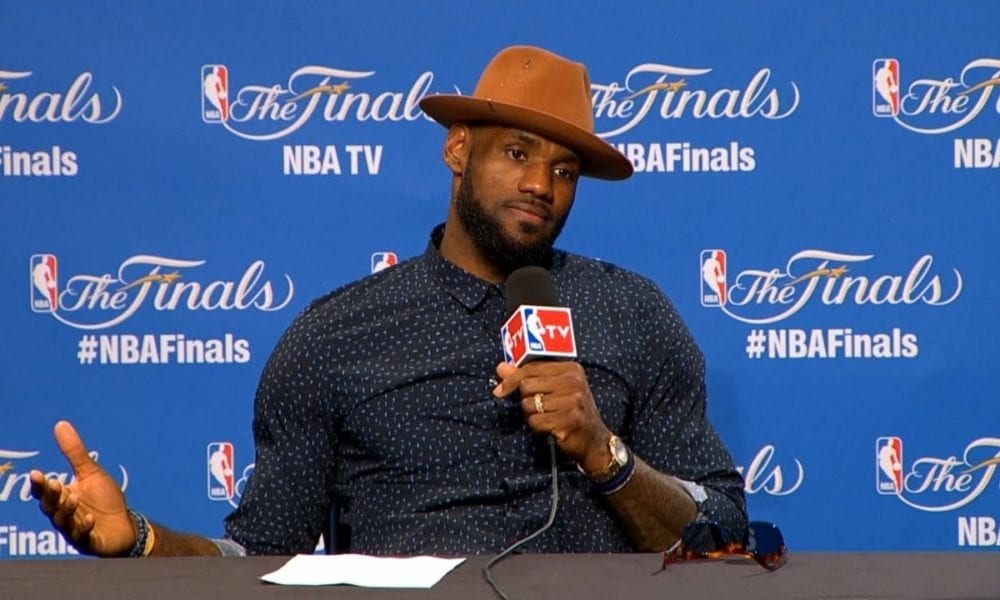 Cleveland coming back from 3-1 down to win the 2016 NBA Finals was the most remarkable comeback in a championship-deciding series we’ve seen to date.

Despite having to play Game 7 on the road, LeBron James sensed he had the Warriors on the ropes heading into the decider.

James was extremely confident the Cavs would claim the championship after winning Game 6.

“Hey, by the way, they fucked up mentally and physically,” LeBron said in a video posted by ESPN on Wednesday.

On ESPN+, “More Than An Athlete" takes you inside the Cavs locker room after the crucial game. https://t.co/8vE9wIaUfr pic.twitter.com/KLgQQ2Mnjy

James made those comments after the Cavs beat the Warriors 115-101 to tie the series at 3-3.

LeBron dropped 41 points, 11 assists and eight rebounds that night, doing everything possible to will his team to victory.

The series first began to turn when James lured Draymond Green into a flagrant foul that got Green suspended for Game 5.

Cleveland went on to win games five, six and seven, delivering the city its first professional sports title in 52 years.