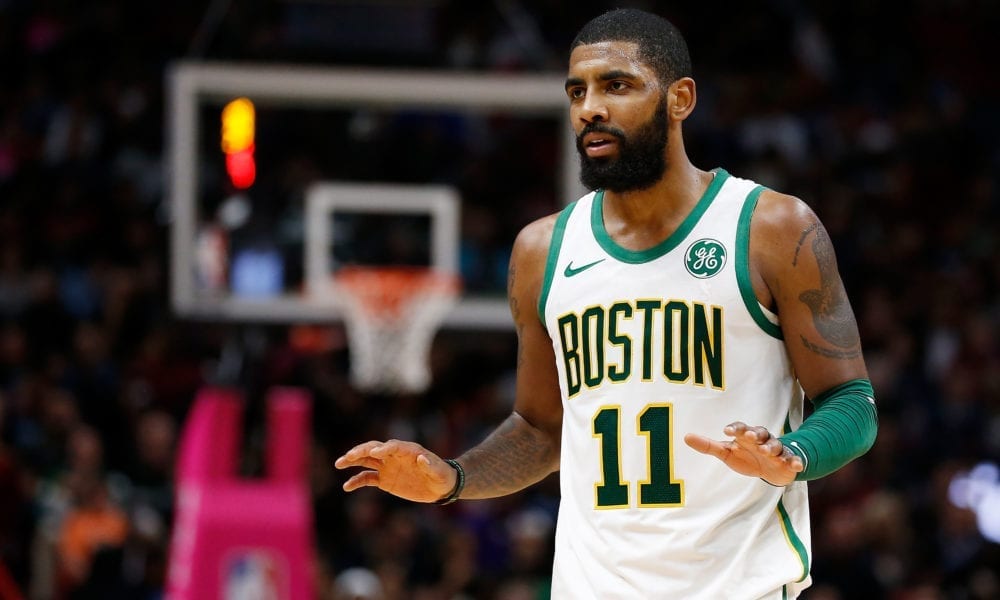 In the moments which followed Boston losing a Saturday night game in Orlando that should never have been in doubt, Kyrie Irving had frustration etched all over his face.

And that frustration was immediately funnelled into a tirade directed at Gordon Hayward, the man who’d looked off Irving when making the ‘game-losing’ inbounds pass.

But as those emotions died down over the following days, Irving insisted his actions came from a good place.

“Sometimes I may come off and say things, never to question my teammates in public like that ever again; I just want to win so bad.”

Irving suggested some of his frustration also stemmed from his desire to compete at a championship level, something he was well accustomed to doing in Cleveland.

In Boston the puzzle pieces haven’t fit together quite as seamlessly as he would’ve liked.

“It came from a place where I asked for a trade and I’m coming here and I believe in this organization and I want these young guys to be successful,” Irving said.

“In order to that, we all got to be on the same page and have that mindset that, a championship or nothing.

“And sometimes that can get the best of me at times.”

After capping off a four-game winning streak with an emphatic 135-108 win over the Pacers last week, the Celtics have since suffered back-to-back losses to the Heat and Magic.

Their record is currently 25-17, leaving them sitting fifth in the East and well below expectations.