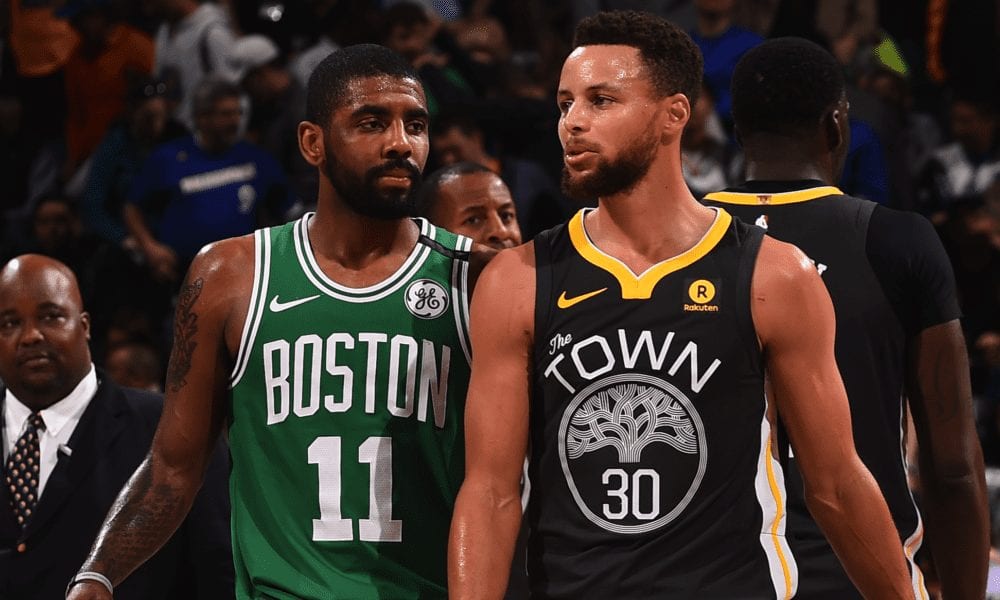 Steph Curry caused a media shitstorm when he openly questioned whether the moon landing ever happened, and one-time conspiracy theorist Kyrie Irving has some thoughts on the matter.

According to Irving, the backlash to his and Curry’s comments was “a little unfair” and highlighted the difficulties of prominent athletes speaking their minds.

“But, hey, Steph Curry says he doesn’t believe in the moon [landing], it’s the thing all over. It’s on CNN. And they say that we’re just jocks. We’re just athletes.

“But it’s on your channel. So you know what I mean? Like we’re that, but you don’t want us to be that.”

It’s easy to be unconditionally all for it until people start making comments which you believe are causing real damage.

And many believed both Irving’s flat earth comments and Curry’s moon landing questioning did exactly that.

One of those people was astronaut Scott Kelly, who spoke to Curry following the initial controversy.

“When people believe [in crazy conspiracy theories], they believe the other things that are more important like climate change not being real or vaccines and 9/11 being a conspiracy theory,” Kelly said.

Irving, meanwhile, has since apologised for his comments, saying he failed to understand the weight his words held.

Curry, on the other hand, has insisted he was joking the whole time (he wasn’t).

The consensus from those within the scientific community who fired back at Irving and Curry appears to be that yes, free speech is a great idea, but so is thinking before you speak.