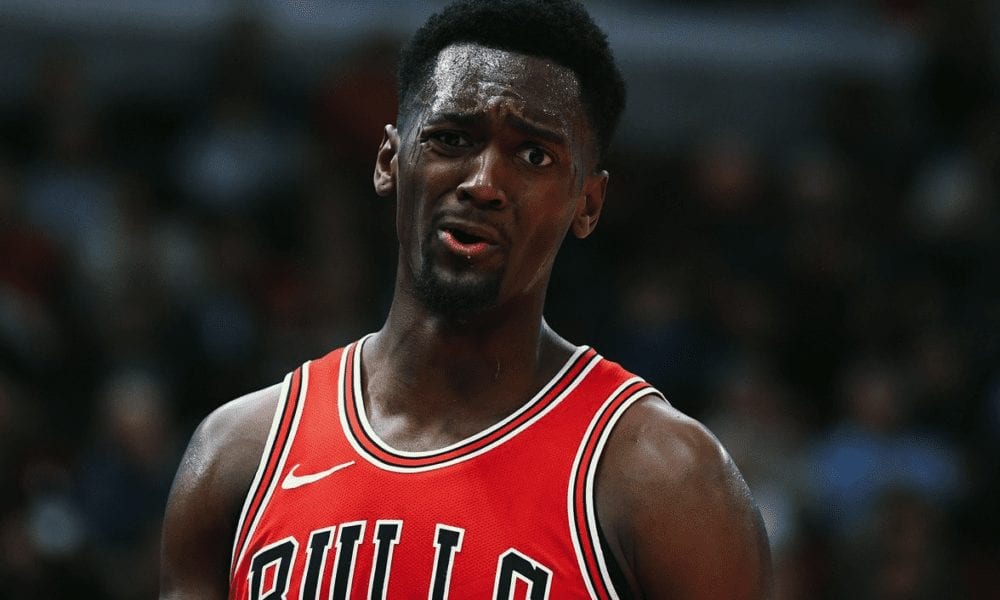 On Friday night Bobby Portis entered a tussle with Kevin Durant with a head full of steam and left it with a strained elbow.

In the days which followed, Portis claimed Durant’s actions were no accident.

According to the Bulls forward, Durant intentionally yanked his arm downwards during the exchange.

“I guess it’s just who you’re playing against.

“Everything is officiated different toward whoever it is, but if you look back at the video at the time, it was obvious.’’

Portis was then asked if Durant ever apologised to him.

“Ain’t no apologies in basketball,” he replied.

“Nobody feels sorry for nobody. That’s how it goes.”

Ever since he struck former teammate Nikola Mirotic at practice in 2017, the former Arkansas star has developed the idea that everyone is out to get him

He believes players and officials treat him differently because of the incident.

“Obviously, everything is officiated differently towards me,” Portis told the Tribune.

“It’s because of that incident (with Nikola Mirotic) last year. Everybody thinks I’m this bad guy when really I’m a really good dude. Image is everything, and I guess that’s what my image is.’’

Ironically, perhaps the only player with a bigger ‘me against the world’ complex is the man get got into a tussle with on Friday night.