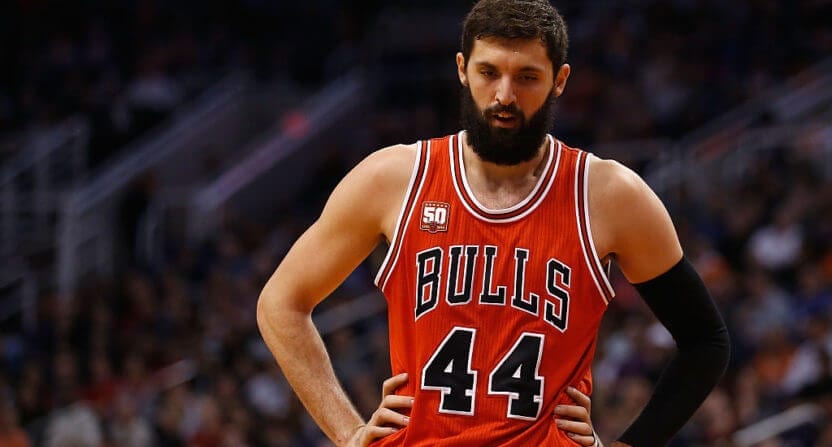 Forward Nikola Mirotic is out indefinitely and will require surgery after a fight with teammate Bobby Portis at practice on Tuesday left him with jaw fractures and a concussion.

According to ESPN’s Adrian Wojnarowski, the two players had been talking trash for much of the session, before the exchange of verbal blows escalated into physical ones.

Mirotic was floored for “several minutes” before finally getting to his feet and finding himself in hospital.

The Montenegrin-Spanish player was expected to be the starting power forward for a Bulls side already severely short on talent, following a horror summer which saw the team lose Jimmy Butler, Dwyane Wade and Rajon Rondo.

Now chemistry question marks have been added to the glaring lack of capable hands.

The incident has also been followed with talk of whether this could mark the end of Portis’ time in Chicago, with some pointing to a particular clause within the NBA Uniform Player Contract:

Section 16 (ii) allows the team to terminate a contract if a physical attack is committed to any official or employee of the team.

However, the clause finishes with “other than another player”, meaning Portis is safe, at least from that avenue of punishment.

But a hefty suspension is clearly still looming.

The incident was first reported by The Vertical.