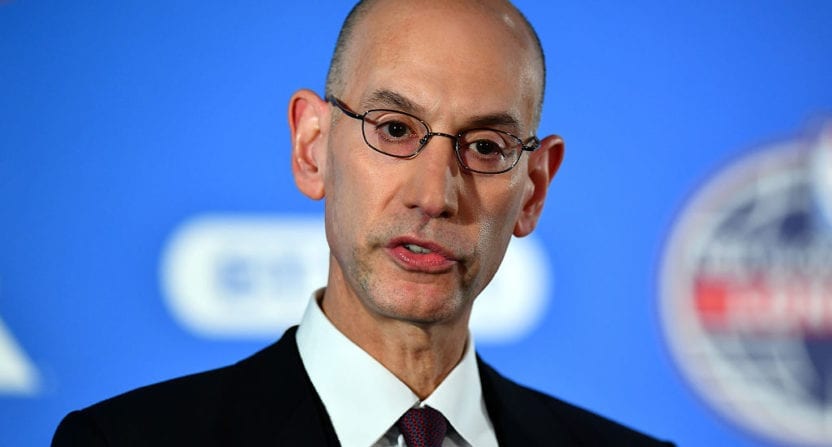 The NBA is constantly looking at new ways to broadcast the game and they’ve just unveiled their latest concept.

The league announced on Wednesday that it would broadcast the second halves of select games from a “single-player, isolated camera view.”

So what actually is this newfangled technology?

It’s an alternative broadcast which follows a single player for the entire second-half of certain games.

So if you’ve always wanted to take a closer look at LeBron’s genius decision making or every dirty Chris Paul play, here’s your chance.

Who’s responsible for this wizardry?

It’s a joint venture between the NBA, Twitter and Turner Sports.

When will this become available?

It will launch during the All-Star Game on February 17.

How is the featured player selected?

The player in focus will be chosen via a fan vote on Twitter.

The vote may be rather unnecessary considering we should clearly be zeroing in on Lance Stephenson every single night, but who am I to argue against the fan vote and democracy in general?

How about the commentary? What’s the deal there?

The new offering will feature broadcast-specific announcers and commentary from “#NBATwitter influencers”, according to the NBA.

What exactly that means, and who those people are, remains to be seen.

How can I tune in?

Which games will be shown?

The full schedule, which included playoff games, will be released later in the season.

Related Article:  Kyle Kuzma Believes The Lakers Could Have Their Own 'Death Lineup'
-->