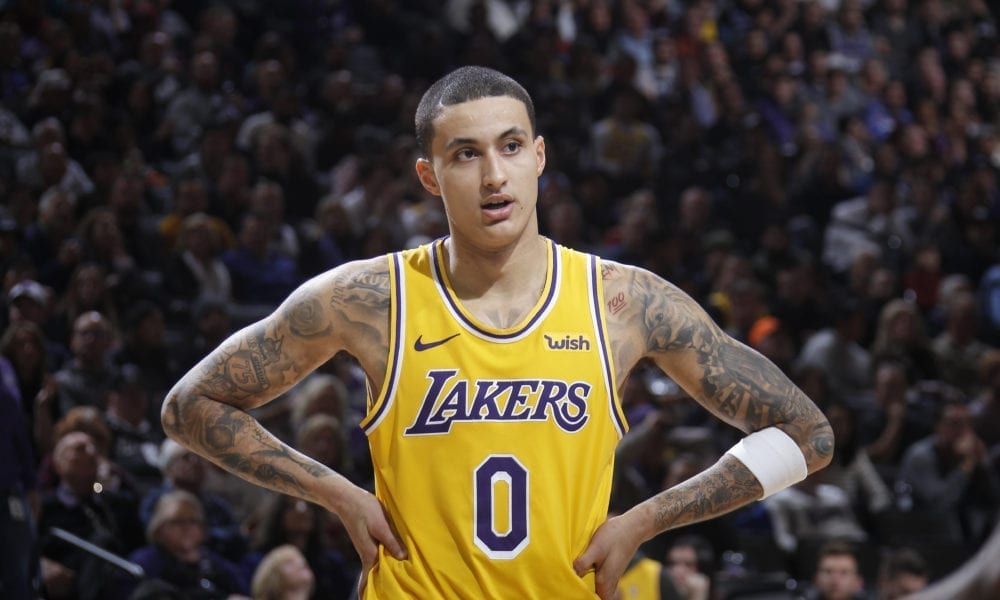 Ask Kyle Kuzma about the Lakers’ prospects and he’ll tell you they have an ace up their sleeve.

Fronting the media at the team’s El Segundo practice facility on Wednesday, the Michigan native said he wanted to see Luke Walton unleash the team’s very own “death lineup”.

In Kuzma’s eyes, that lineup consists of a small-ball group with LeBron James at the four and Brandon Ingram at the five.

“Honestly think our small-ball unit can be really good,” Kuzma said on Wednesday, via ESPN.

“I think we can have a death lineup, whether that’s Rondo and Lonzo on the floor at the same time and me and [Brandon Ingram] and Bron, or substituting guys.

“I think as we get better defensively and get more continuity, that small-ball lineup is going to be huge for us, especially in the playoffs when everybody’s going to be going small.”

Walton was a Warriors assistant that year, as the team went on to win their first of three championships.

And while the Lakers won’t reach those heights this year, their small-ball lineup could still be quite potent.

But they’ll have to wait patiently for everything to fall into place.

Not just because establishing cohesive lineups takes time, but because James is still out indefinitely with a groin strain.

Then there’s Rajon Rondo, who will miss at least another two to three weeks after having surgery to repair a torn finger ligament in his shooting hand.

But when the Lakers’ time comes, they might just put the rest of the league on notice.

Kuzma is determined to make sure of that.