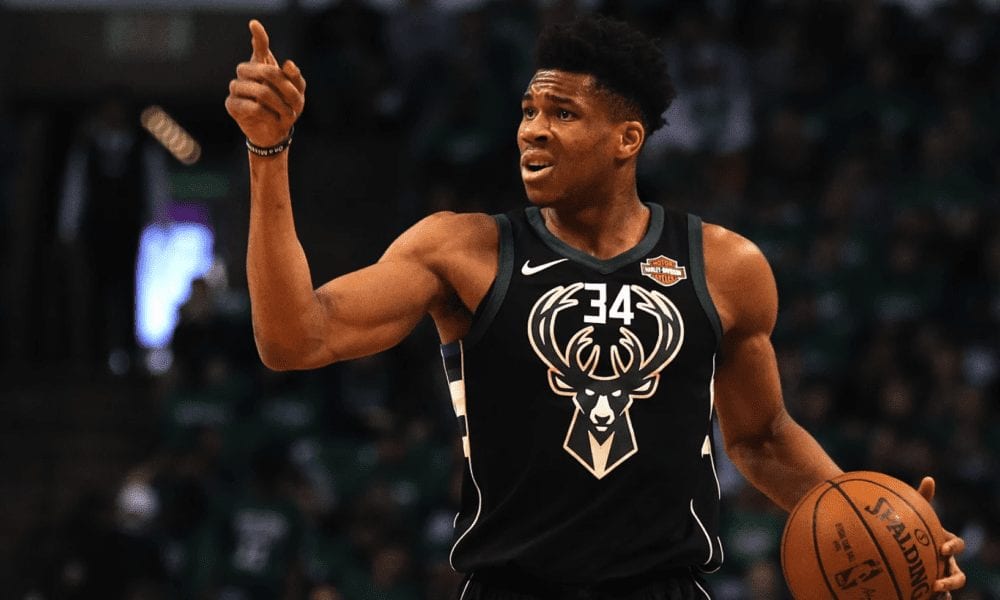 Of all the athletic freaks set to lock horns over the coming months, Giannis Antetokounmpo taking on Dwyane ‘The Rock’ Johnson probably wasn’t the showdown you were expecting.

But here we are.

This all started when Antetokounmpo and teammate Pat Connaughton attempted to channel The Rock with an ambitious workout plan which supposedly involved topping the former wrestler’s personal best lift of 460 pounds.

Giannis was then asked about the workout during a routine press conference, where he joked that he’d “kill” The Rock in the ring.

"I smell what @TheRock is cookin! Big fan."

Giannis on the challenge with @PlanetPat5 to The Rock: pic.twitter.com/ByKlenn0e1

News travels quickly and it wasn’t long before word of The Greek Freak’s comments arrived at The Rock’s doorstep.

Unsurprisingly, he was quick to respond.

Vince McMahon, if you’re reading this – and I have reason to believe you are – we could be onto something here.

Giannis might have zero wrestling experience, but he spent all summer honing one of the most wrestling-ready bodies outside the WWE universe.

He also has the swagger, the charisma and the likeability to succeed in the ring.