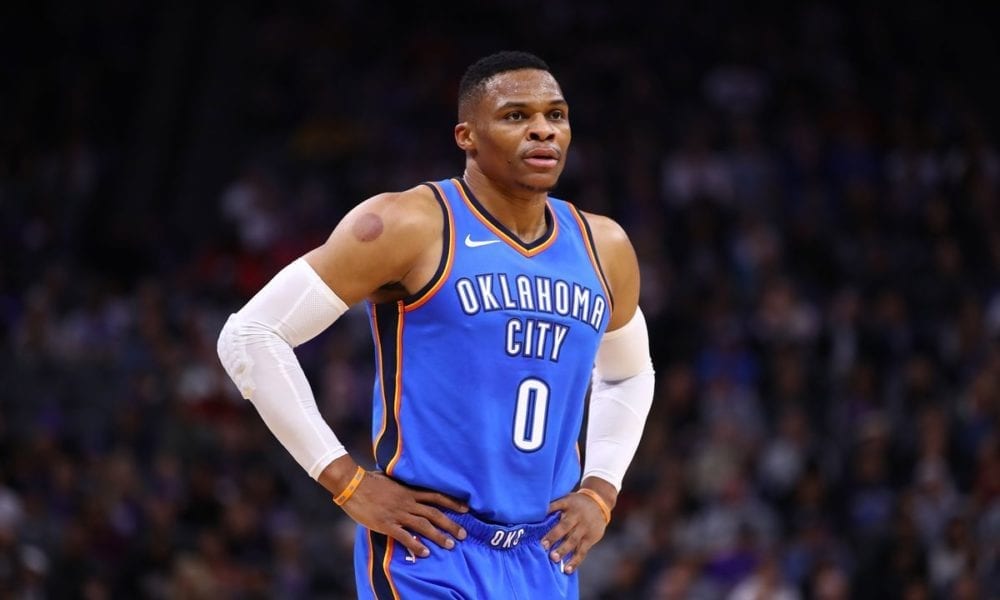 Russell Westbrook’s uncharacteristically poor free throw shooting has been one of the great mysteries of this season.

After shooting at or above 80 percent for eight of his first nine seasons, Westbrook is hitting just 62.1 percent of his shots from the line this year, and it has left everyone baffled.

Well, until now… because ESPN’s Royce Young appears to have the answer.

It all comes to a league-wide rule change.

In order to reduced wasted time, the NBA banned players from walking beyond the three-point line between free throws in 2017.

But Westbrook has long been a creature of habit and has walked back towards half court between shots since he was eight-years-old.

Ever since the rule change, his free throw shooting has plummeted.

“Most missed attempts are short, some woefully so, such as an air ball against the Timberwolves last week or five straight misses against the Kings on Dec. 19,” Young wrote this week.

“It has graduated past the rule adjustment for Westbrook. It has become psychological warfare, like a golfer who has missed a handful of 3-foot putts.”

Westbrook’s struggles at the line appear to have leaked into the rest of his offensive game, averaging just 19.1 points on 38.6 percent shooting from the field in December.

And yet the Thunder are still just one and a half games out of top spot in the West.

Just imagine how good they could be with a fully firing Westbrook.

Related Article:  Russell Westbrook Says He Is The Best Passing, Defending And Rebounding Point Guard. But Is He?
-->