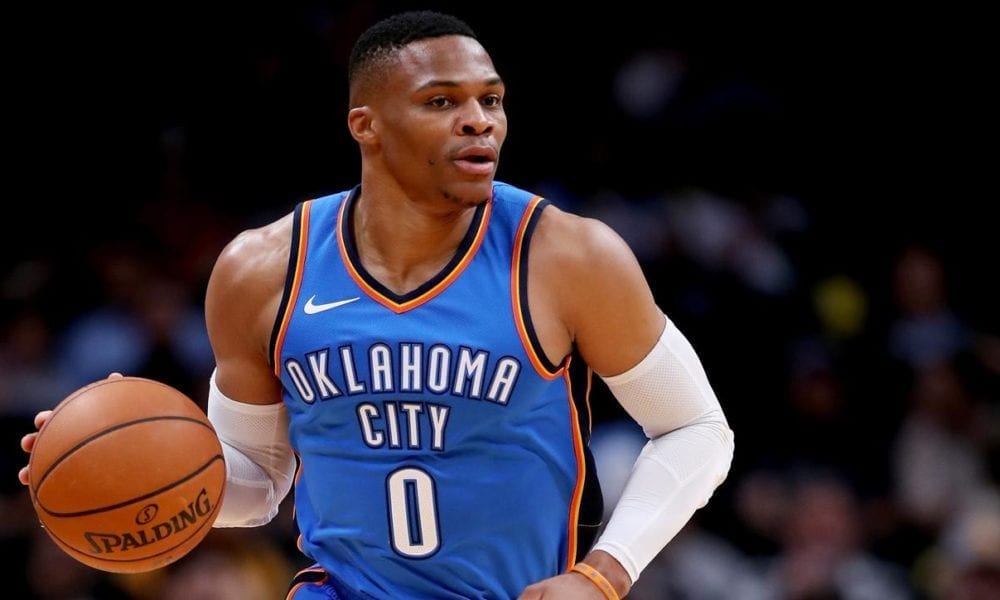 And like Vince McMahon strutting into the ring, Russell Westbrook often takes his swagger to another level.

Following his dismal 4-22 shooting performance against the Mavericks on Sunday, Westbrook suggested his shooting troubles mattered less because he was the best point guard in the league when it came to every other aspect of the game.

“Scoring the basketball is not the only thing I can do,” Westbrook said, via The Oklahoman.

“If scoring ain’t it that night, then I get somebody else to do it.”

So, much like the New York Times following a Trump speech, let’s fact check each of those claims.

Westbrook critics – of which there are many – would argue strongly against this, claiming Russ suffers from a selective blindness which severely frustrated Kevin Durant and impeded the development Victor Oladipo.

But Westbrook does at least have basic statistics on his side, leading the league with 10.1 assists per game.

Less helpful to his argument is his 4.6 turnovers per game, which is second only to James Harden.

Again, I can hear the cynics arcing up before they even read beyond the subheading.

While few players are more athletic or relentless in their pursuit of rebounds, it certainly appears as though Westbrook’s teammates leave a large number of easy boards for him, particular from missed free throws.

And while some will attempt to devalue his numbers for that very reason, he does lead all guards in rebounds per game (10.7) and rebounding percentage (14.2).

Westbrook is the starting point guard and co-star on the best defensive team in the NBA.

He has upped the ante on D this year, in part thanks to a personal challenge from Paul George.

But on the other hand, Westbrook has never made an All-Defensive team – although that may well change this season – and OKC’s elite defence has been 2.1 points per 100 possessions better when he sits.

So what does it all mean?

As much fun as it is for us to debate, Billy Donovan and the OKC brain trust won’t care whether or not Westbrook’s claim is strictly accurate.

Russ is giving them 21-10-10 every night while deferring to his teammates more than ever and lifting significantly on defence.

His incredible play is a big reason why the Thunder are 23-13 and just one game out of top spot in the West.

If he can continue that level of play in May and make a deep postseason run, that will be all that really matters.