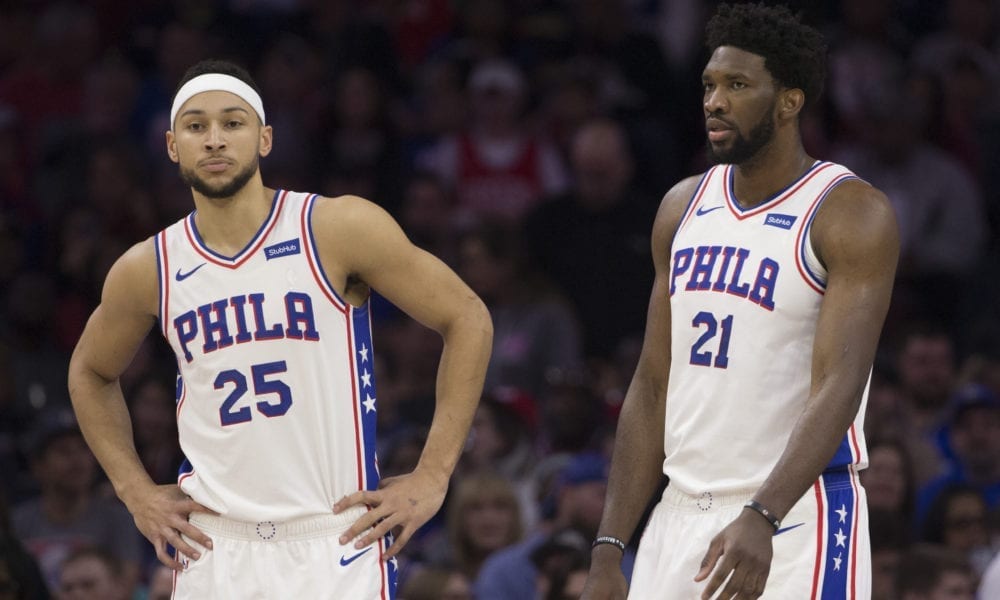 When Joel Embiid took an inadvertent Ben Simmons’ elbow to the face as the two went up for a rebound on Tuesday night, the big man erupted into a fit of rage.

“What is he doing fighting for a fucking rebound?”

Those were the words heard around the world thanks to a conveniently placed broadcast mic.

After suffering a facial fracture last year due to an errant Markelle Fultz elbow – the one which prompted the birth of Embiid’s villainous mask during the playoffs – the big man simply was not having it.

But once the dust had settled, he was much more level-headed.

“I kind of freaked out also, because that’s the same [part of the] face I had the surgery on,” Embiid told The Philadelphia Inquirer.

“That’s why I lost it. But it was a basketball play. Nothing to talk about.”

76ers coach Brett Brown also insisted there was nothing to worry about.

“He got hit in the face inadvertently by Markelle and missed a significant part of our season,” Brown said, via the Inquirer.

“It’s just the frustration and I’m sure initial fear, but don’t read into anything about that.”

It’s not hard to work out why Embiid’s blow-up attracted intense media speculation.

There have long been concerns around the league about Simmons and Embiid’s ongoing willingness to share the spotlight with each other as both players flourish into superstars.

But everything seems to be OK for now, just as long as Simmons keeps himself away from Embiid’s rebounds and his elbows away from his face.

Related Article:  EXCLUSIVE: Ben Simmons On His Desire To Take Down Team USA
-->