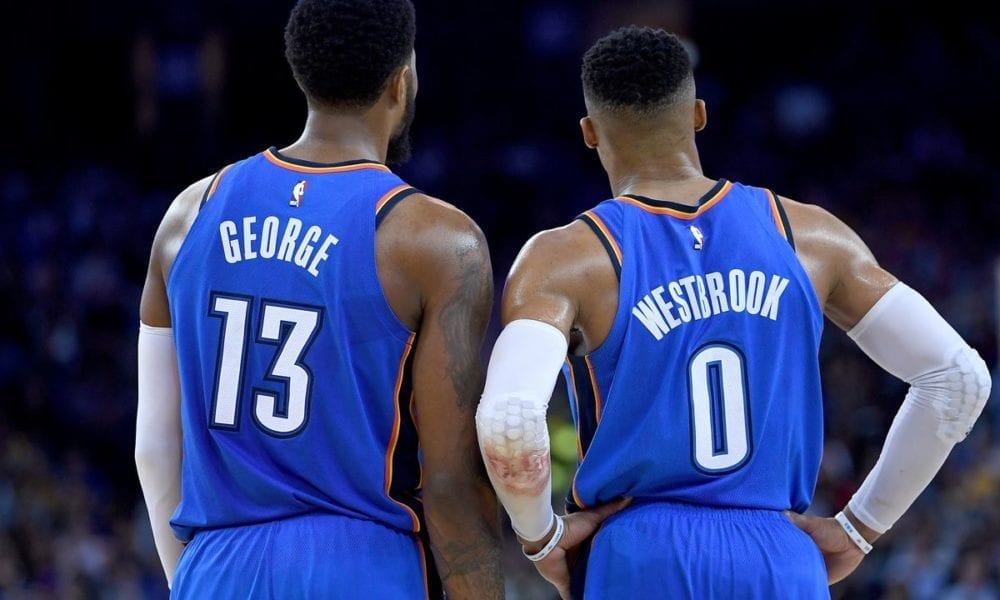 You know you’re tight with someone when you can make jokes at their expense without them taking it the wrong way.

Paul George and Russell Westbrook have that kind of relationship, and an early season exchange between the pair tells the story.

“I asked Russ at the start of this year if he had an All-Defensive Team (selection) yet, and he said, ‘No,’” George told The Athletic.

PG’s response was largely tongue-in-cheek, with ‘Why not?’ being Westbrook’s personal mantra.

But his message was received loud and clear regardless.

Westbrook has really lifted on defence since that conversation and is even averaging a league-leading 2.7 steals per game.

“I think (the defensive improvement is) Russ understanding and knowing what he has behind him has given him an aggression to play defensively,” George told The Athletic.

“He’s just so gifted naturally, and he’s one of the best athletes this game has seen, so we’re a different team when he’s dialled in and he’s on another level defensively.

“There’s no team that can score on us.”

And this isn’t just hyperbole from George.

The Thunder do indeed have the best defence in the league, giving up just 102.1 points per 100 possessions.

And in a league where players score as easily as they convert oxygen into carbon dioxide, that’s one hell of an achievement.

Related Article:  Paul George Insists He Can Win A Title With Russell Westbrook
-->