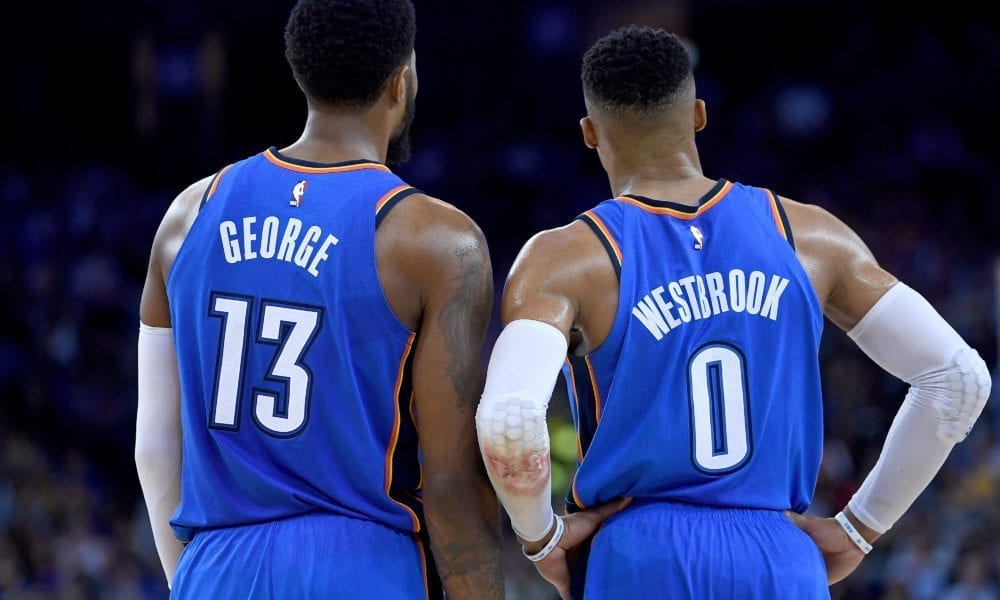 By now you’re surely as familiar with the “Westbrook isn’t a winner” narrative as the Golden State Warriors are with the Larry O’Brien Trophy.

It’s easy to see how that school of thought was born, with Westbrook traditionally dominating the ball and treating many games like they’re Pop-A-Shot.

But you know who disagrees with that line of thinking?

Paul George…the man who last summer committed to play with Westbrook for the next four years, rather than signing with his hometown Lakers.

“Regardless if he wasn’t who he was, I still like the level he competes at.

“You’re gonna get everything, every night.

“And you wanna play with that every night.”

Not only does the former Pacer think he can win with Westbrook, he believes the Thunder have an opportunity to win a championship right here and now.

“I think we are,” George said when asked if the Thunder were in a championship window.

“We have a good opportunity.

“We got a team that can be one of the best defensive teams that I’ve been a part of.

“And I’ve been a part of some good defensive teams, so we know what we got over here.

“This is definitely an opportunity.”

Good on you for believing in your squad, PG.

That makes one of us.