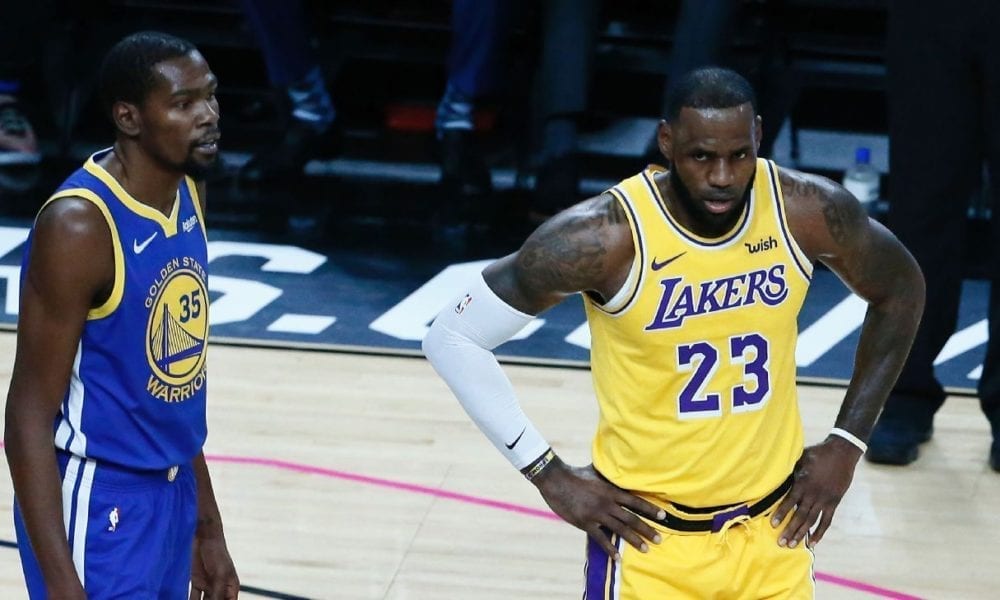 Even LeBron James, a man who’s done everything right on and off the floor – at least since The Decision – isn’t safe from KD’s barbs.

Durant labelled the media environment around James “toxic” in an interview with Bleacher Report earlier this month, and LeBron wasn’t overly pleased with those comments.

“I was a little pissed off when I first heard it to be honest,” James told ESPN’s Rachel Nichols this week. “I didn’t know where it stemmed from. So I was pissed, my family was pissed, and my friends were pissed.

“…I don’t feel like it’s ever been toxic around me…But got a phone call from KD. We talked about it. He mentioned how he felt and how he felt the story took a twist.

In fairness, it’s not hard to see where Durant’s coming from.

He was right to say that LeBron’s mere presence creates a media circus unlike any other for the team he’s playing on, and he’s also right about some reporters fawning over James.

As for the use of the word “toxic”?

That’s where he lost us.