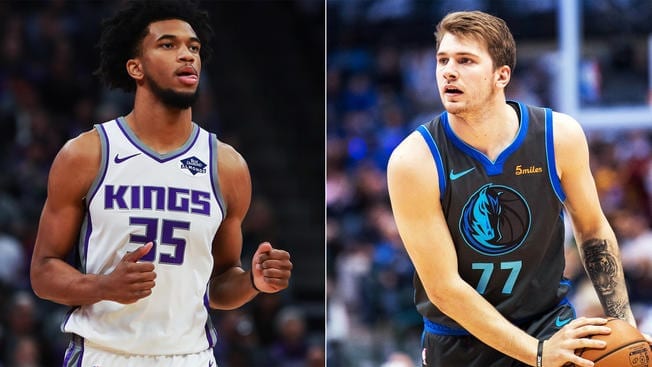 Dave Joerger’s disdain for his team’s front office is well documented, and now the Kings coach is openly hinting he wishes they drafted Luka Doncic instead of Marvin Bagley with the second overall pick in June.

When asked about Doncic on Sunday night, Joerger told reporters the Slovenian’s potential was limitless, noting that was bad news for the Kings.

“Perhaps there was an idea that there was a ceiling on him,” he said. “I don’t see it, unfortunately for us.

“And when that happens, it’s going to make him quicker. He’s got good ballhandling and he knows how to play.”

Joerger has taken thinly veiled shots at Sacramento’s front office before and there’s little doubt this was another one.

But when Doncic himself was asked about the Kings passing on him, he offered a very diplomatic answer.

“They needed a big guy, so it was just a better fit for him,” he said. “I feel that I’m very excited to be in Dallas. I’m just very happy to be here.”

The argument goes that if they took Doncic, De’Aaron Fox would’ve been forced to share the spotlight and might not have flourished the way he did.

But drafting for fit over just taking the best available player is rarely wise, especially when that guy is a once in a generation talent like Doncic.

Take the best available player and trust your coach to figure it out.

If only Dave Joerger had been given the chance.

Related Article:  Luka Doncic Thought The Kings Were Going To Draft Him