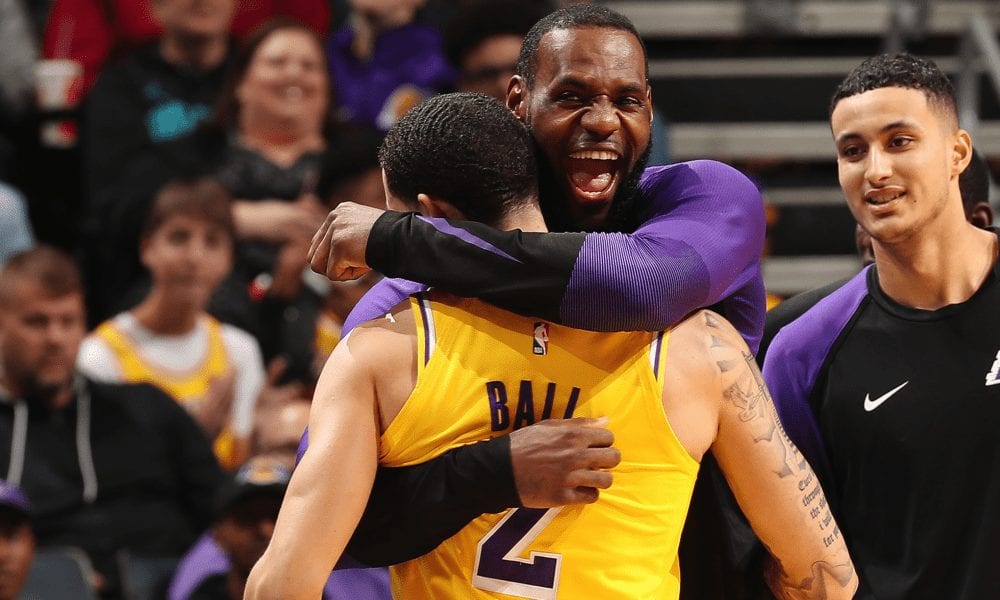 You could argue triple-doubles have lost some of their lustre amid the NBA’s recent scoring boom.

But two teammates getting triple doubles on the same night?

LeBron James and Lonzo Ball did exactly that on Saturday, just one year after Ball broke James’ record for the youngest player to record a triple-double.

LeBron (24 points, 12 rebounds, 11 assists) and Lonzo (16 points, 10 assists, 10 rebounds) were the first teammates to record triple-doubles in the same game since Jason Kidd and Vince Carter achieved the feat in 2007.

Ball said sharing a triple-double with his childhood hero was beyond his wildest dreams.

“Ever since he got here, it’s been a dream come true for me,” he said, via ESPN’s Dave McMenamin. “I watched him my whole life — he was my idol growing up.

“Then we both get a triple-double in the same game. I don’t even know if I dreamed of that before.”

James said it was quite the special moment to share with his young teammate.

“I mean, anytime you can put yourself in the conversation with Laker history and all the guys who came through this franchise, it’s pretty special,” James said.

LeBronzo will be it at again when they visit Washington to face the Wizards on Sunday night.