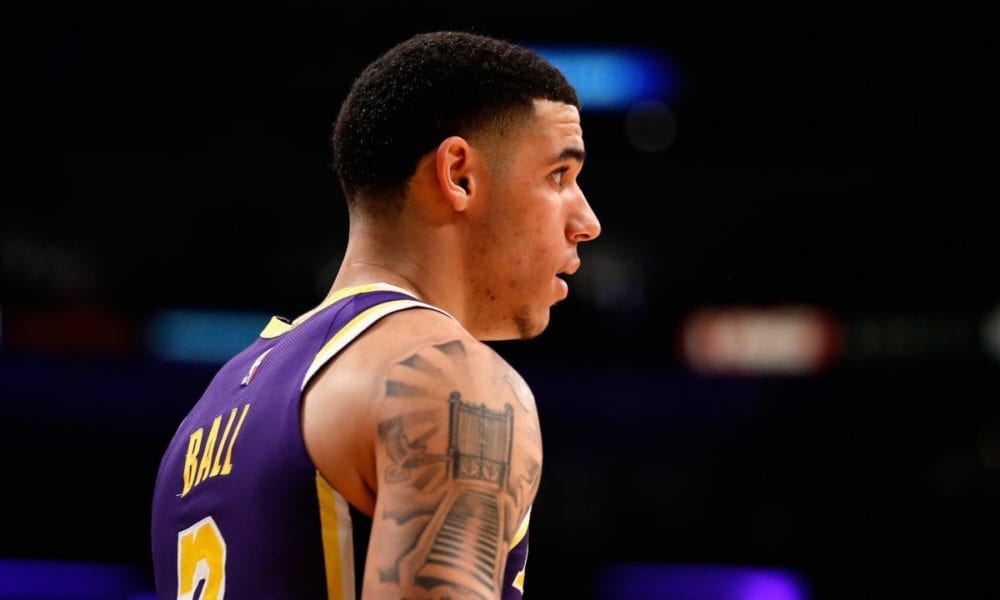 Lonzo Ball has struggled with his shooting early in the season, so before the Lakers played the Cavaliers on Wednesday night, his coach and teammates gave him some advice.

They encouraged their point guard to play aggressively and not settle for three-point shots.

Ball has a tendency to throw up threes like he’s Klay Thompson, but the results are more reminiscent of Tristan Thompson.

“Take it to the basket,” Ball said when relaying his teammates’ advice, per ESPN’s Ohm Youngmusik.

“Shot hasn’t been falling, so that’s what I tried to do. It worked out for me tonight.”

Whether it was his teammates’ wise words or wanting to win so he could head home for Thanksgiving turkey, the Lakers saw the aggressive version of Lonzo in their 109-105 win over the Cavaliers.

Ball put in his best performance of the season, finishing with 15 points, 7 rebounds and 6 assists on 7 -11 shooting.

Seeing that kind of game from Lonzo every night would go a long way to fixing the Lakers’ woes, and they know it.

“We always talk about him being aggressive. He’s alway so passive.”

“You want an unselfish point guard, but we need him to come in and score.

“Him coming downhill in transition where he’s at his best really helped us in this game.”

Ball only attempting two threes that night – his lowest number on the season – as he was too busy getting to the hoop.

“I loved it,” coach Luke Walton said of his aggressive play.

“It was one of my favourite parts of our game, was how much he was attacking the rim. Even the ones he didn’t finish, I didn’t care.”

“Just seeing him get downhill and be physical and play make, he’s so gifted with that, to see him taking that next step was really a positive for us.”

The Lakers will be hoping that this is a turning point for their young point guard, and will be looking for more aggression when they play the Jazz on Friday night.