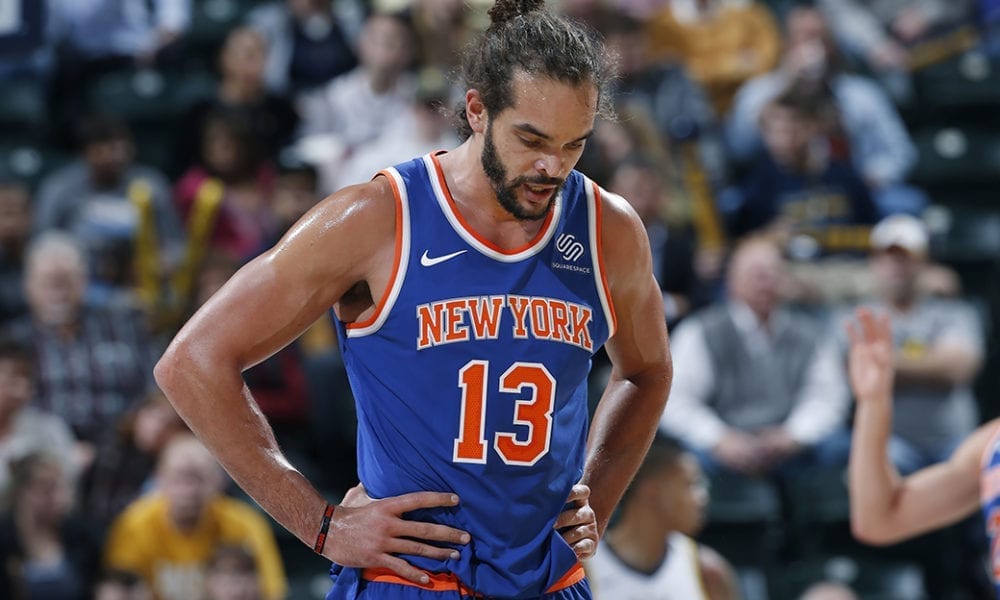 Any Knicks fan will tell you that Joakim Noah was trash in New York, and the current Memphis Grizzlies center has revealed why.

It wasn’t the team, the coach, the system, the cold December weather or the bright lights of Maddison Square Garden.

Joakim Noah admitted on The Ringer’s ‘The Chris Vernon Show’ that he failed in New York because he partied to hard.

Noah’s four-year, $72 million contract gave him plenty to celebrate, but his lack of performance eventually got him waived.

This is what he said when he asked what went wrong.

“I don’t think it was one thing. I think it was a lot of things. I’m not here to blame anybody or it’s anybody’s fault,” Noah said.

“It just didn’t work out. I could look back on it and say I thought I was ready for New York City, and I wasn’t. And it’s something that I’ve got to live with.”

Noah was asked if the pressure of playing in New York – his hometown – was part of the reason.

“Not just the pressure. I remember after my first game, I probably had, like, 50 people in my house,” Noah said.

But why didn’t he have the same problem in Chicago?

In five games for Memphis this season he has averaged 6.2 points, 3.8 rebounds in 16 minutes.