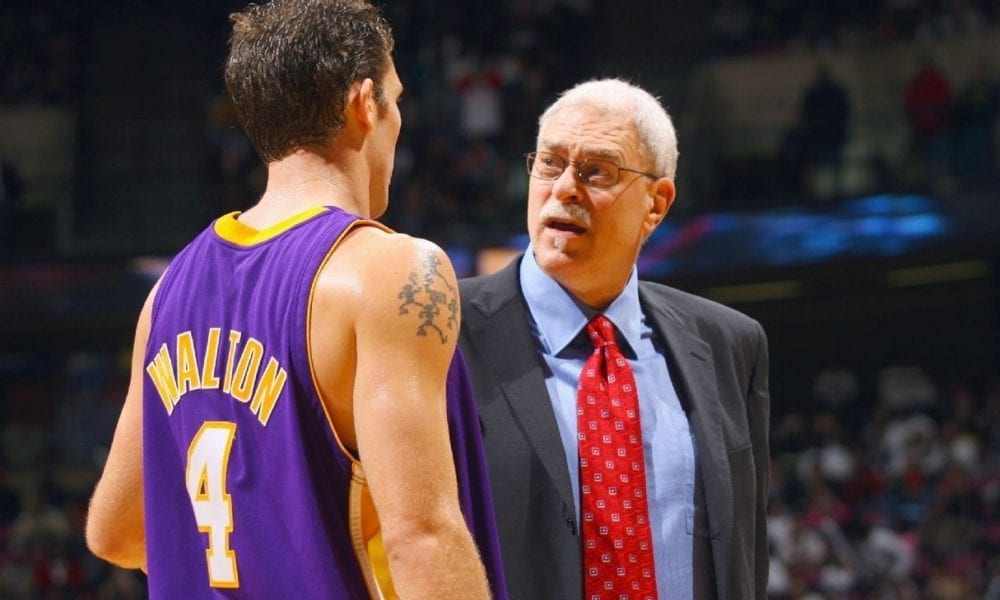 For those who vividly remember the Lakers’ transition from a dominant superpower to the lottery, it’s hard to forget the old “we want Phil” chants raining down from the Staples Center stands in 2012.

For a fleeting moment on Wednesday, the Lakers did indeed get Phil, even if it was just as a visitor at their practice facility.

Jackson’s appearance came as a surprise to head coach Luke Walton, according to ESPN’s Ohm Youngmisuk, and was the first time the legendary coach had been spotted at the facility in two seasons.

“I have not talked to Phil today, no, but if that’s him, I’ll head upstairs,” Walton said, per ESPN.

“…Even the one year I semi-retired, Phil’s someone I like to stay in constant communication with.”

Jackson still has several connections to the team, thanks in part to his former long-term partner Jeanie Buss, the Lakers’ current controlling owner.

He has also maintained a relationship with his former right hand man Kurt Rambis, who returned to the Lakers in September as a senior basketball adviser, and the two were spotted chatting upstairs at the facility on Wednesday.

At this stage it’s unknown who else Jackson spoke to.

And while Jackson’s visit likely didn’t mean much, it was great for a shot of nostalgia at the very least.

Related Article:  Shaq Explains Why He Thinks His Lakers Would 'Easily' Beat The Warriors