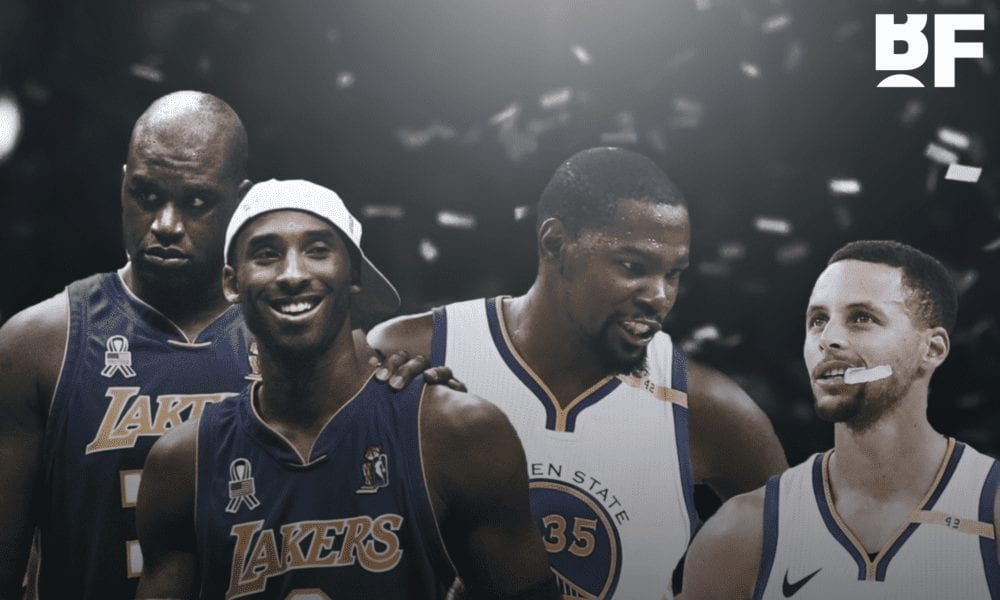 The debate surrounding which past team would beat the current Golden State Warriors will never die, with the discussion reignited this week thanks to Shaquille O’Neal.

The dominant big man turned TNT analyst not only declared his early 2000s Lakers would beat today’s Warriors, he said it wouldn’t even be close.

“We would’ve gone 16-0 but A.I. (Hall of famer Allen Iverson) went off on us and stepped over (former Laker) Ty Lue.”

The obsession with comparing past teams to the Warriors is so strong that even Vegas has had its say, with bookmakers declaring last season’s Warriors would have been favoured over Michael Jordan’s legendary 1996 Bulls.

Meanwhile, the Warriors must be wondering how long they have to completely dominate the rest of the league, and how many records they have to break, before past players start showing them some respect.