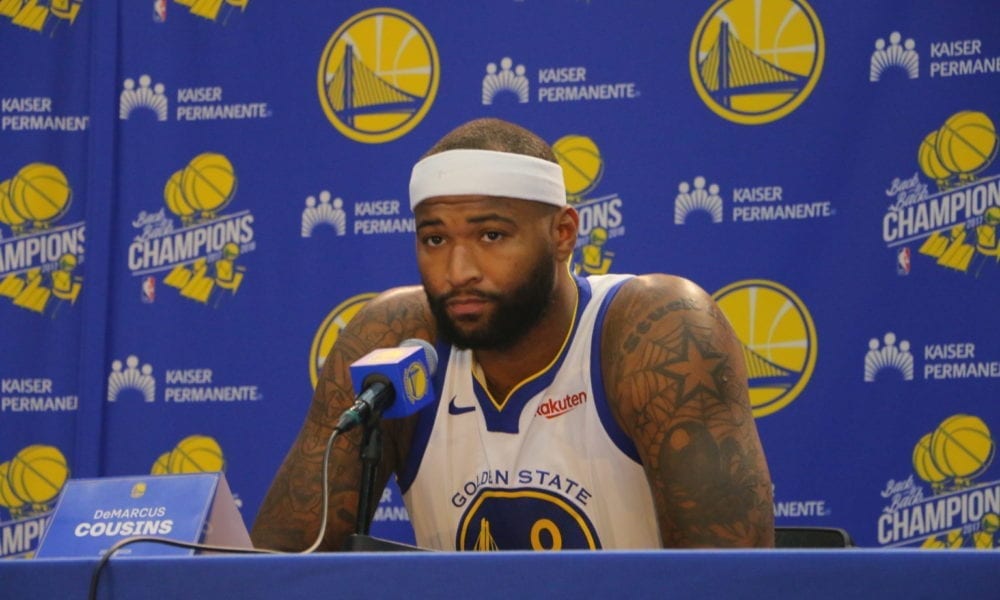 DeMarcus Cousins continues to loom as one of the most interesting subplots of the Warriors’ season.

With the team slumping to 15-9 and fourth in the West – having already lost as many games as they did all season in 2015-16 – they might need all the help they can get to get back to their old dominant ways.

It remains to be seen whether Cousins is the answer to any of Golden State’s problems, but it sounds like we’ll be finding out sooner rather than later.

Boogie has progressed to the point that he’ll be participating in every practice this week, and he’s looking better than ever according to head coach Steve Kerr.

“DeMarcus is making some strides,” Kerr told reporters on the weekend.

“He’s looked a lot better in the last couple of days.

“The intensity of his workouts — we didn’t do any scrimmages or anything today, but he took part in every aspect of our practice.

“I think he’s making some strides, which is exciting.”

Earlier reports stated Cousins would suit up for the first time after Christmas.

This means he’ll likely only have about three months to gel with his new teammates before the playoffs begin.

The team still has no official date for his return.