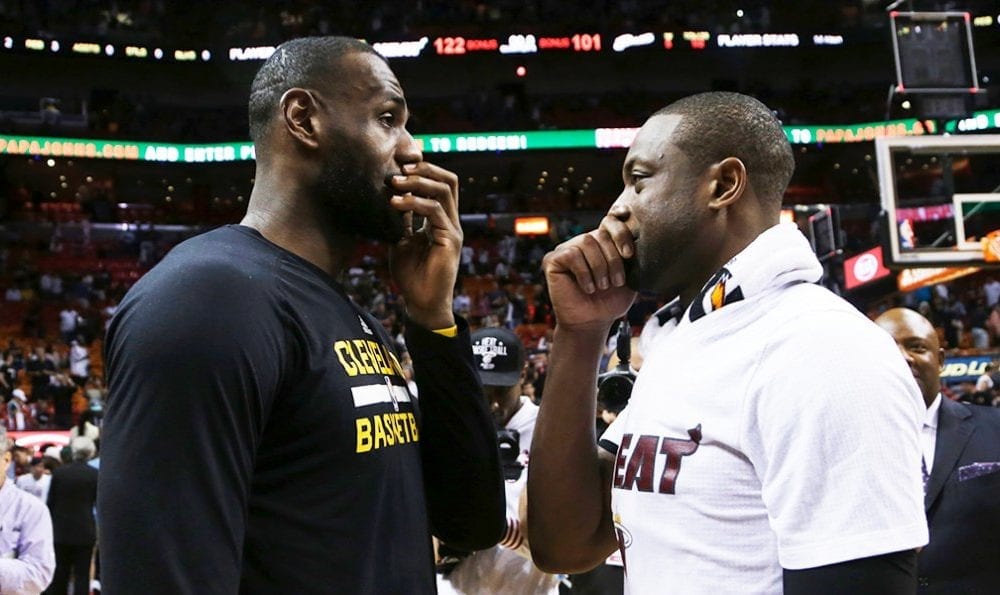 LeBron James and Dwyane Wade formed a close bond the day they crossed paths at the draft combine in 2003.

More than 15 years later, they’ll play their last ever game against each other, with Wade’s Heat visiting LeBron’s Lakers at Staples Center on Monday.

Unsurprisingly, the occasion is already bringing a variety of emotions to the surface.

The two men went through a lot together as teammates in Miami, enduring some of the most intense scrutiny an NBA team has ever endured, while also reaching the mountaintop and clinching the Larry O’Brien trophy in consecutive seasons.

Now ahead of their final game against each other, it’s been a time of considered reflection.

“Out of all the players in the league besides [Udonis Haslem], Bron is one of my closest friends,” Wade told reporters on the weekend.

“It definitely will mean a little bit more, and just everything in our careers.

“The paths that we both went down as competitors versus each other and as teammates, we’ll always be linked together forever.”

LeBron described facing Wade for the last time as “sweet and sour”.

“The sweet part about it is I’ve always loved being on the same floor with my brother,” James said.

“We struck up a relationship together at the combine in 2003, and it started from there.

“And the sour part about it is that this is our last time sharing the same court.”

When asked what made his bond with Wade so special, James struggled to put his finger on it.

“Sometimes it’s just chemistry. Sometimes you can’t even explain it.

“Some things you just can’t explain, and that’s why we have our brotherhood.”

Wade, meanwhile, is heading into his final game against his old buddy in red hot form.

He had 25 points, 6 rebounds and 6 assists against the Clippers on Saturday night.

And you just know he’s dying to go off in one last dance against LeBron.