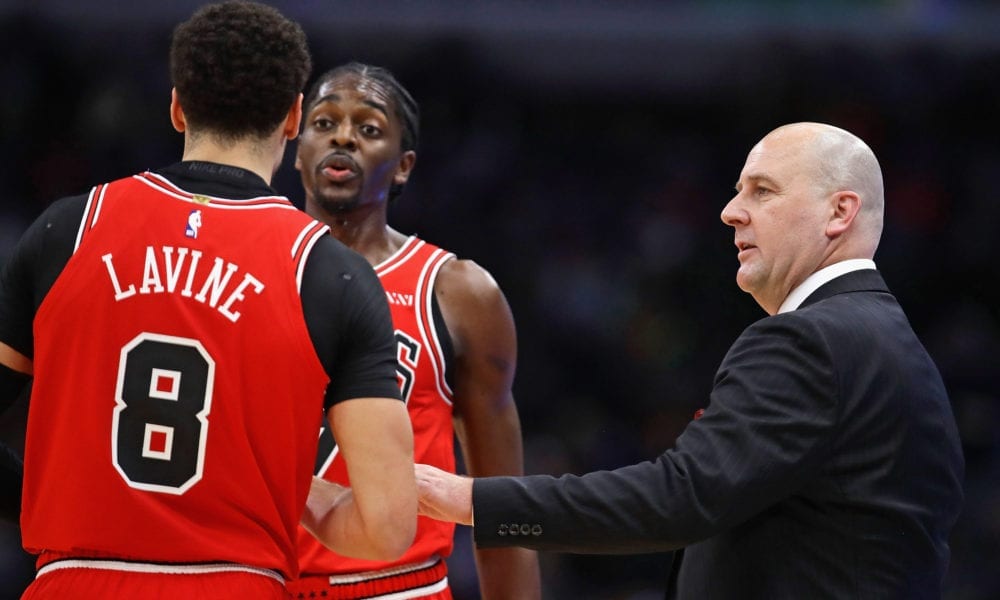 A lot of folks wish they could go back to the 90s, but none more so than Chicago Bulls fans.

A week ago the struggling Bulls replaced former head coach Fred Hoiberg with assistant Jim Boylen in an attempt to get things back on track.

Instead, Chicago suffered their worst loss in franchise history almost immediately after Boylen took over and the players are already “pushing back” against their new coach, per ESPN.

Players debated whether to attend practice on Sunday via group text, according to The Chicago Tribune, before ultimately showing up and holding a player’s only meeting instead.

The two-hour meeting was led by Zach Lavine and Justin Holiday, according to reports, and was followed by Boylen and his coaching staff meeting with the players.

It’s not known exactly what was said at either of the meetings, but talks presumably centred around how to best avoid losing by 50 plus points next week.

Meanwhile, the push back against Boylen reportedly stems from his abrasive coaching style.

Hoiberg and Boylen were long known as a good cop-bad cop combination, but now that the good cop has departed, things are being said and feelings are getting hurt.

Boylen has also ripped his players’ effort and conditioning in the media, which went down like a lead balloon within the group.

But the Bulls’ new leading man insists his players will soon adjust to his no holds barred manner.

For the sake of every Chicagoan’s sanity, let’s hope they do.