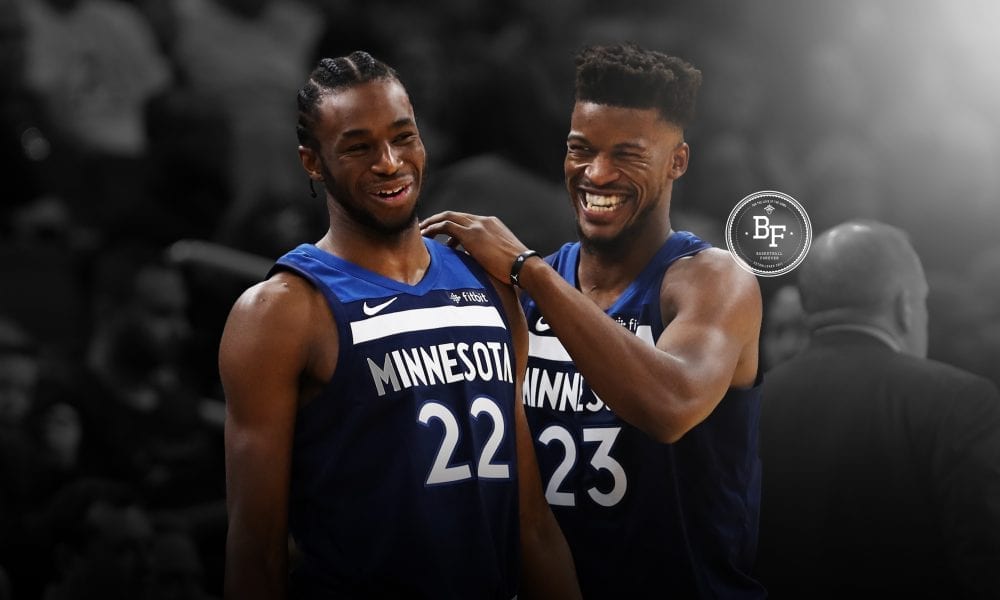 Not in the literal sense, like former teammate Bobby Portis, of course.

But Butler has never been afraid to speak his mind and today he absolutely went in on his old Chicago Bulls coach and teammates.

The criticism came from the most unlikely of places, as Butler and ESPN’s Sam Alipour filmed a goofy video of themselves camping in the Minnesota wilderness.

But somewhere in between the light-hearted moments – such as Butler [Walt Frazier voice] capsizing and baptizing himself in the chilly waters of Minnesota, the recently signed Timberwolves guard made his thoughts known on his former team.

“I probably did a lot of things that they didn’t like — like maybe the way I would talk to my peers or coaches,” Butler said. “People don’t work as hard as I do. They don’t expect the same things out of the game that I do. And I said from the beginning it was either gonna be me or the Fred Hoiberg route. And rightfully so, they took Fred. Good for them. But I got that game marked on my calendar. Feb. 9, baby — I’m back. Oh, man, they better hope I go 0-for-30, ’cause every basket I score, I’m looking over at the bench and I got something to say. But I’m so happy to be here. Sometimes you just gotta appreciate it, man.”

It’s not every day you’ll see a guy publicly put everything on the table like that.

Butler essentially touched on every aspect of his disdain for his Chicago colleagues, believing his coach was too nice and that his teammates were too lazy.

Given Butler’s intense and hardworking nature, it’s not hard to understand why he and Tom Thibodeau have always gravitated towards each other.