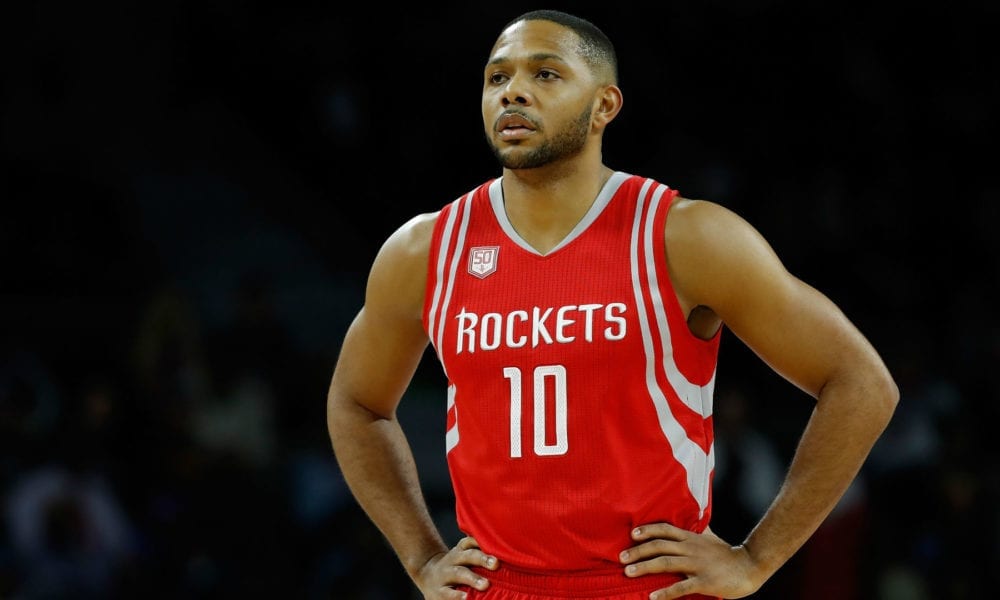 Last year the Houston Rockets had a stellar 65-win season, but after an 11-13 start in 2018 things just haven’t been the same.

The Rockets lost 91-118 in a blowout to the Jazz on Thursday evening, and Eric Gordon finally aired some of his frustration to The Athletic’s Kelly Iko.

“I’m just not having fun man,” Gordon said. “I’m just not. This sucks.  Even the times where I have good games.”

“We’re just not using some guys the right way. Are we gonna make sacrifices? Do we have the right attitude?”

Gordon suggests that Houston’s troubles come from attitude and strategy rather than a poor roster.

After a promising five-game win streak, Houston have lost six of their last eight games, including the latest two. Houston, we have a problem.

Last year’s team finished atop the Western Conference ladder – now they sit in 13th place, a position that no one expected to see them in.

While last season Houston bounced back from losses with blow outs, this year’s Rockets team has struggled after losing games.

“Last year was the best I’ve ever had being a a part of a team,” Gordon said. “We just never had a bad moment.”

“If we ever had a bad game as a team, we knew the next game we would blow somebody out. It didn’t matter who it was.”

Roster turnover and injuries make it difficult for any team – except apparently the freakish Golden State Warriors – to have sustained success year after year.

Trevor Ariza and Luc Mbah a Moute left in the offseason, and we all know how the Carmelo Anthony experiment went (badly).

Chris Paul and James Harden have also missed a handful of games due to injury.

The good news is that it’s only the start of December, so there’s plenty of time to turn the season around.

“Look how they’re playing, that’s how we used to play,” Gordon said.

“Sharing the ball, getting up and down and attacking. We’re not doing that anymore.”

Gordon and Houston will have their chance to channel last year’s Rockets when they take on the Dallas Mavericks on Saturday.