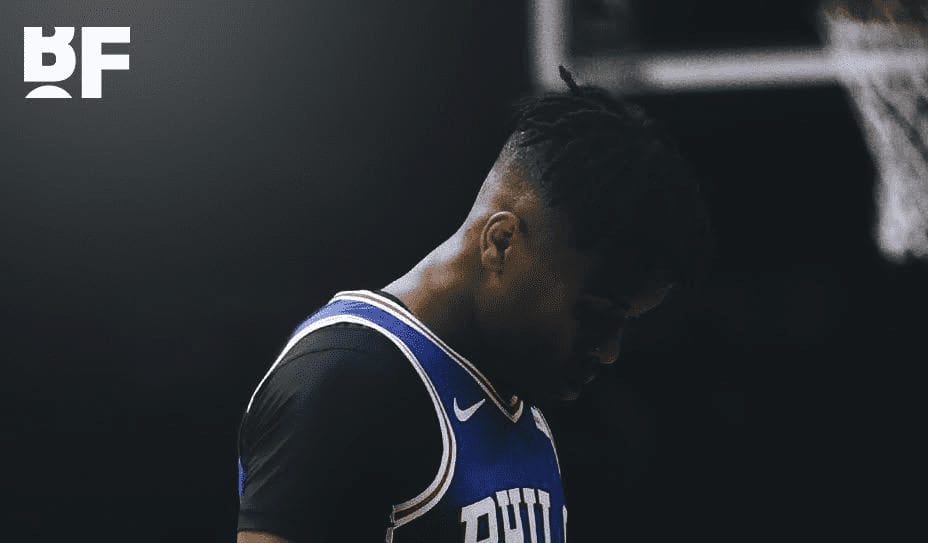 As the early years of Markelle Fultz’s career continue to unravel, his story has become the strangest series of events we’ve seen since Donnie Darko was released.

Tuesday’s revelation that Fultz had been diagnosed with thoracic outlet syndrome – which affects nerves between the neck and shoulder – at least shed some light on what has become the saddest story in the NBA.

It’s all been very peculiar, but that doesn’t mean it’s the first time we’ve seen something like this.

Yes, something similar has happened before, you just weren’t paying attention.

So who was the victim?

Landry Fields, a man who’s name generally elicits the response: “Whatever happened to that guy?”

After bursting onto the scene with the Knicks as a sharp-shooting rookie, Fields battled through a freak nerve injury with the Raptors just over two years later.

The injury was officially listed as ulnar collateral nerve damage, and led to Fields having almost exactly the same shooting hitch as Fultz.

He went under the knife twice in two years to have the nerve worked on, but he was never the same.

In a last-ditch effort to save his career, Fields went full Jamie Lannister and attempted to re-learn his craft with his non-preferred hand.

It was all to no avail, and he was soon forced into retirement at the age of 26.

Just have a read some of Fields’ quotes at the time:

“The muscles were just not firing the way they should. I’m thinking: is this all mental right now; is it all me or is there something else going on?”

Remind you of anything?

The good news for Fultz is that his condition can sometimes be treated with physical therapy, according to the Mayo Clinic.

The Sixers plan to have him to do exactly that, before re-evaluating him in three to six weeks.

But it remains to see how long his recovery will actually take, and whether he will even come close to reaching the expectations that come with being a former number one overall pick.

Let’s just hope his story has a happier ending than poor old Landry’s.

Related Article:  Interested Trade Suitors Have One Big Question When It Comes To Markelle Fultz
-->