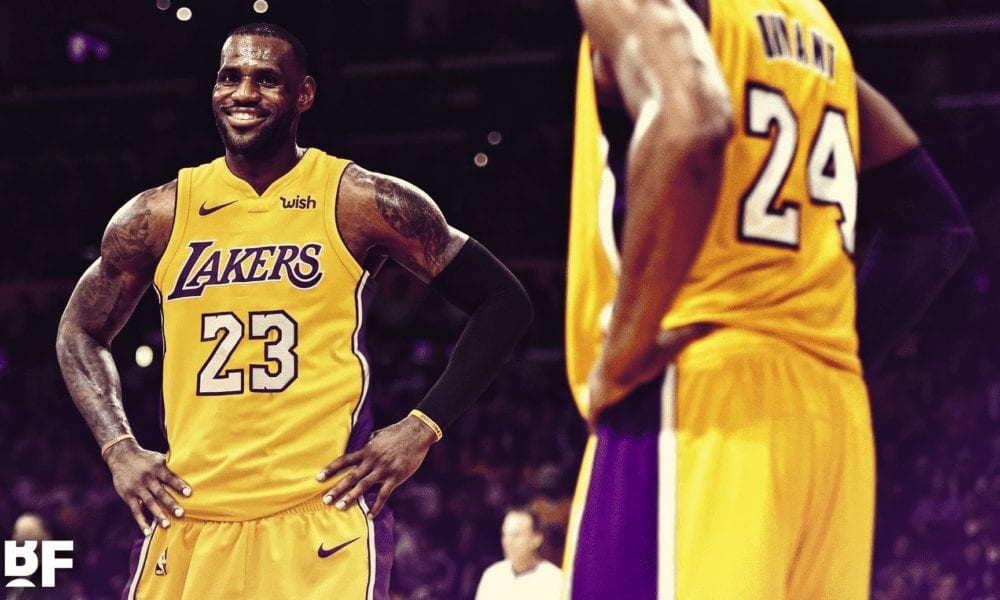 With the pressure to win mounting every day, LeBron James is doing more than ever to will his assortment of Laker misfits to success.

But James’ desire to do everything on the floor – pretty soon he’ll be doing the floor wiper’s job too – has attracted criticism from Lakers greats Magic Johnson and Kobe Bryant.

Johnson has said he doesn’t want James to get so overworked that his time in LA becomes “Cleveland all over again”, while Bryant claimed LeBron’s play would merely keep the team afloat without providing a long-term solution, saying “that’s not the recipe for winning championships”.

LeBron had his chance to respond on Tuesday, and he didn’t push back on what Magic and Kobe had to say.

“I understand the logic behind it,” James said, per ESPN’s Dave McMenamin.

“I understand what Magic and Kobe are saying because we want to continue to grow the young guys.

“We want to see how much our young guys can grow and be the best they can be.

James is playing a career-low 34.7 minutes per game, with Luke Walton doing his best to keep his star attraction fresh for the postseason.

But that hasn’t stopped LeBron from dominating possession over his teammates when game night arrives.

James talks about wanting to be able to do less and he knows it’s the best thing for him squad long-term.

But when push comes to shove, he knows he’s so much better than everyone else that he just can’t help but take over.

Sometimes logic and instinct butt heads, and as LeBron is finding out, that’s a tough internal battle to manage.