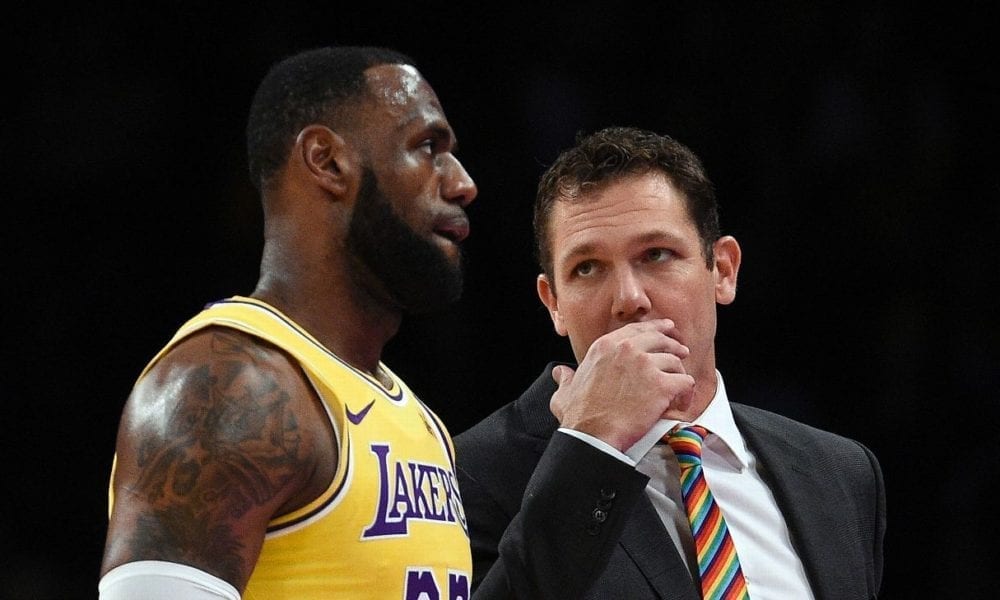 LeBron James has been playing a whole lot more point guard since Rajon Rondo went down earlier this month, and he’s been busily ignoring Luke Walton’s play calls in the process.

According to ESPN’s Brian Windhorst, who was quoting multiple unnamed scouts, “James rarely looks toward the bench to receive play calls from coach Luke Walton”.

“Even when he has seen them, the scouts say, he ignores them and runs the play he prefers,” the report continued.

Better still, Walton has reportedly given up on calling plays for James altogether, instead giving in and letting James run the show.

“Walton has adjusted, and now when James is running the show, Walton will typically just let him call the game,” Windhorst wrote.

“This probably shouldn’t be considered a slight — it’s just James being James.”

Only someone as good as James could get away with this.

It’s not just his talent, but his outrageous basketball IQ which is hard for others to question.

LeBron trusts himself more than he trusts anyone else.

He’s been to eight straight Finals doing things his way.

So who’s going to question him?