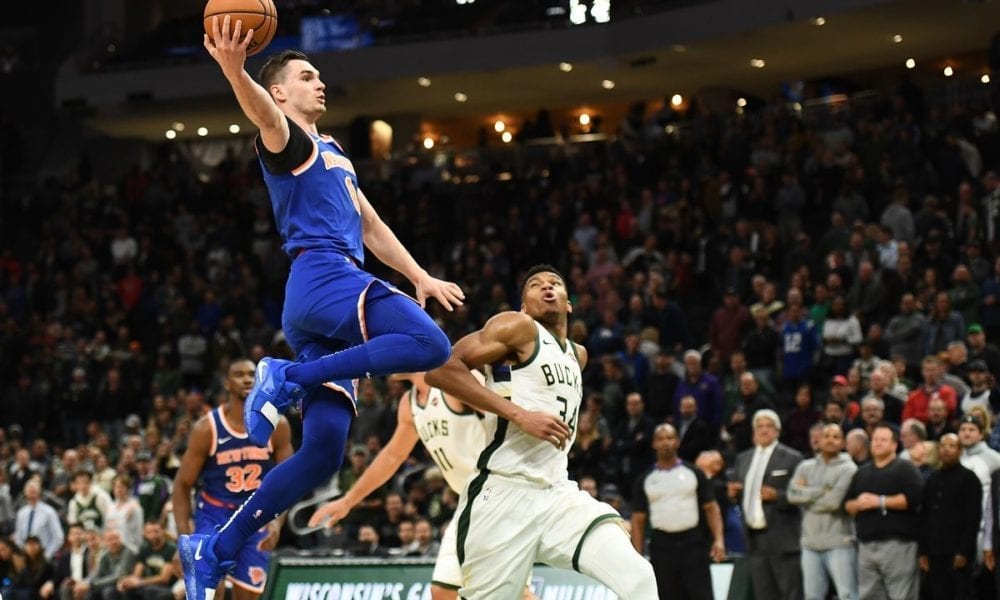 Mario Hezonja stepping over Giannis Antetokounmpo on Saturday night was glorious enough in the moment.

But it’s also proved to be the gift that keeps on giving.

Antetokounmpo was very unimpressed with Hezonja, a man who had the testicular fortitude to give Giannis the Allen Iverson-Ty Lue treatment after dunking on near him.

And it was this act of disrespect that sparked the following series of highly entertaining events:

Giannis was pissed off after the game.

He didn’t hold back during his postgame media scrum, telling reporters he would punch Hezonja the next time they met.

“I’m going to punch him next time.” – Giannis on Hezonja stepping over him. 😳😳😳 (via @APOOCH) pic.twitter.com/KPTYwqycee

The reporter who asked the questioned seemed unsure whether Giannis was joking.

HEZONJA RESPONDS TO EVERYONE RESPONDING

Here’s what Hezonja had to say after the game, according to Newsday’s Steve Popper:

Hezonja really just stepped over a man and followed it by saying he didn’t want to be disrespectful.

And all of this is coming from a dude who scored two points all night.

GIANNIS APOLOGISES BUT REGRETS NOTHING

Giannis addressed the media again on Monday and apologised for saying he would strike Hezonja.

He followed that by saying he meant every word.

In other words, he has no regrets at all and would still very much like to punch his freshly made enemy.

May this beef never die.