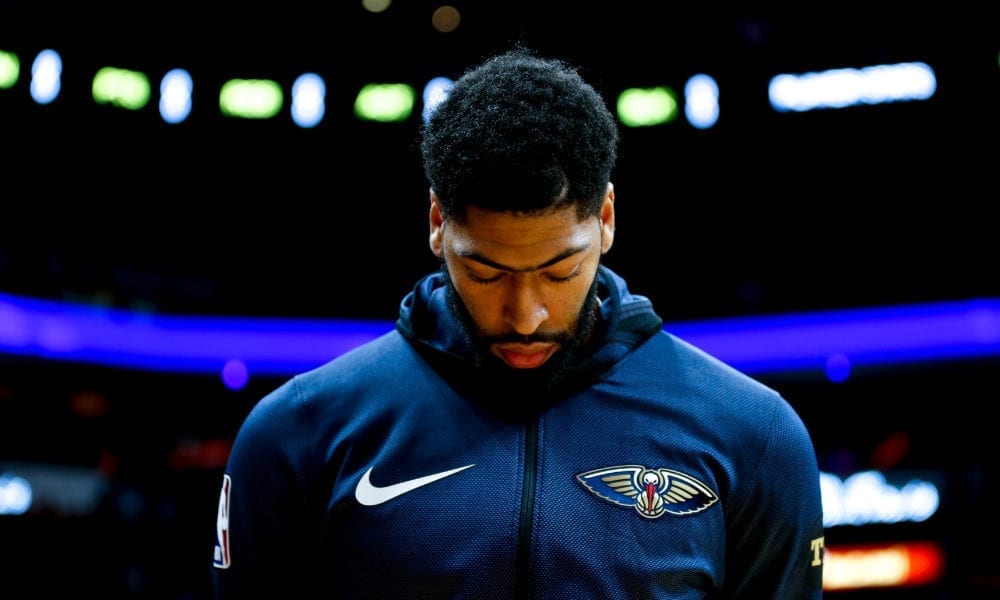 I’ve had my wisdom teeth out, I’ve sliced nerves in my finger and I’ve crashed by bike into a concrete pillar.

But as a longtime New Orleans fan, nothing has been as painful as writing this article.

Unless the Pelicans front office can do something very dramatic very soon, Anthony Davis’ days in New Orleans are numbered.

Davis won’t become a free agent until the summer of 2020 and the Pelicans can offer a supermax extension a year before then.

New Orleans can also pay him more than anyone else.

But none of that will matter if the Pelicans can’t win many, many more basketball games.

New Orleans’ unexpected first round win over Portland stands as the peak of AD’s time in the Crescent City.

That’s a problem, and there’s no way AD isn’t at least tempted by greener pastures after all these years of mediocrity.

If Davis rejects that extension offer, it’ll loudly signal his desire to leave the following year and the Pelicans will be forced to make a trade.

And if The Brow cares about winning more than money, it’s hard to see why he’d stay.

Jrue Holiday, Nikola Mirotic and Julius Randle are solid supporting acts, but the Pelicans have next to nothing further down the line, and little ability to improve their roster.

They lost Rajon Rondo when they could least afford to and AD’s only All-NBA level teammate left after just 18 months.

New Orleans now owns an underwhelming 12-12 record, sitting outside the top eight in a wild Western Conference playoff race which features only one bad team.

They also have very few valuable assets other than draft picks, and if general manager Dell Demps trades those and loses Davis anyway, it would cripple the franchise for years to come.

And with a crippling of some degree probably around the corner anyway, their best option might just be to trade Davis while they can and simply minimise the pain.