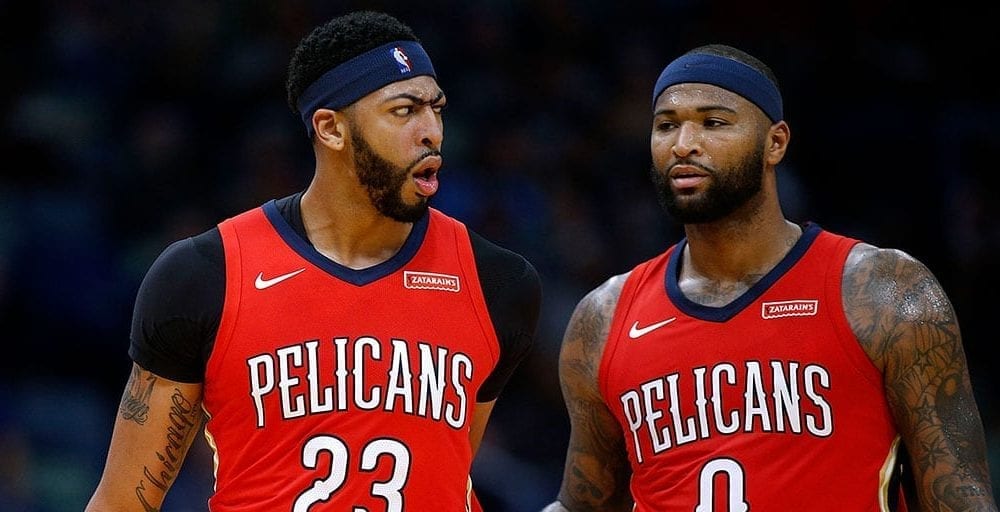 Davis told CBS Sports he didn’t begrudge Cousins for leaving New Orleans, even if he did learn about the news while watching TV.

“I was a little shocked,” Davis said.

“But I know DeMarcus, and I know he made the best decision for him and his career at that time and for his family.

“I understand it’s a business.”

“I was a little shocked.”

Anthony Davis discusses his reaction to seeing the news that Boogie Cousins was heading to the Warriors with @SportsReiter on Reiter’s Block. https://t.co/1rmZO9gQn5 pic.twitter.com/bnGBLqLFaF

Despite hoping Cousins would extend his stay in New Orleans, Davis said he knew Cousins’ contract negotiations would get complicated following his season-ending Achilles injury.

“Of course, I definitely would’ve loved for that to keep going,” Davis said.

“It’s a lot, coming from being traded and then feeling like you deserve a max contract, and then you tear your Achilles.

“It was a tough situation, it’s tough on him.”

Cousins turned down a two-year, $40 million offer from the Pelicans following his injury, according to The New York Times’ Marc Stein, before reaching out to the Warriors in free agency and singing a one-year, $5.3 million deal.

It’s hardly an ideal situation for Davis, who visibly embraced the Boogie Cousins experience in the Big Easy.

But at least there’s always the opportunity for revenge down the line, as Davis joked during his CBS interview.

“I’m happy for him, but we’ll be seeing him down the road,” Davis said.