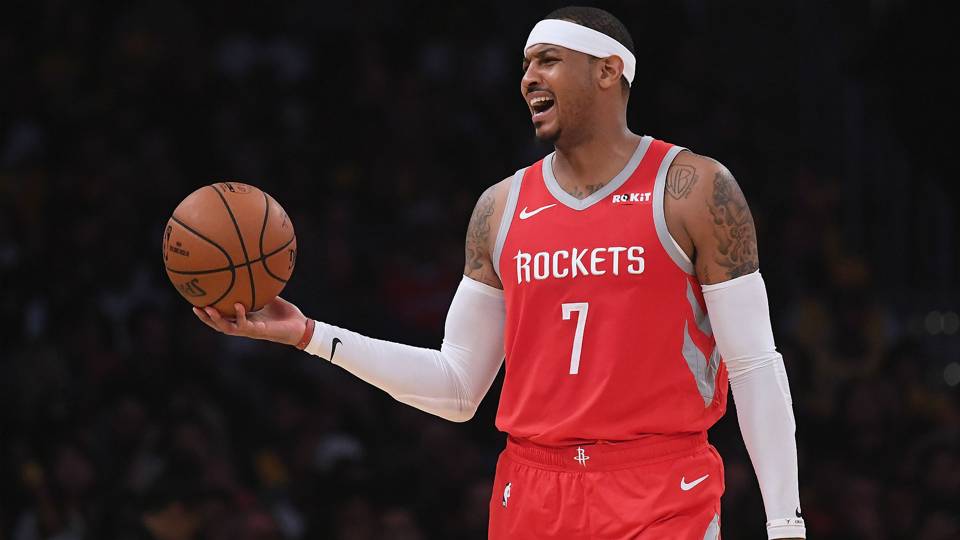 Just a few years ago Carmelo Anthony was a beloved superstar in New York.

While some have argued he was an unlucky scapegoat in Houston, it’s Anthony’s historically poor defence that’s making teams reluctant to pick him up.

While Windhorst said he didn’t personally believe Anthony was definitely finished, he did say “he’s going to be hard-pressed to find a team” when speaking on ESPN’s The Jump on Monday.

“There’s going to have to be a series of events that happen, like an injury or a trade that happen.”

There’s been no miraculous trade, no last-minute leap of faith.

Just Hoodie Melo training in an empty gym, waiting for the phone to ring.

Say what you will about Anthony’s flaws, he’s still a legend of the game.

But with little to no interest in the future Hall of Famer, it looks like we may just have to settle for rewatching his glory years on YouTube.