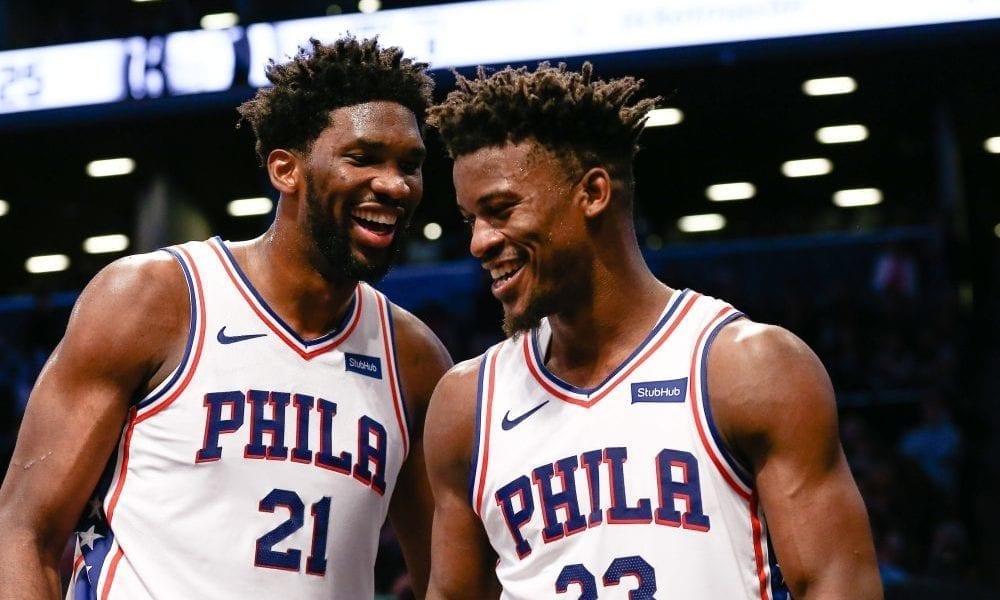 Jimmy Butler has not got on overly well with his previous co-workers.

But he says he’s very much enjoying doing business with his new colleagues and can envision staying in Philadelphia long-term as a result.

“This is a helluva locker room and helluva staff,” Butler told reporters on Tuesday.

“I could see this being home.”

Butler added that he was enjoying playing on a team that willingly deferred to him when it came time to do Jimmy Butler things, like hitting game winners in both Charlotte and Brooklyn.

“My teammates have a lot of confidence in me to take shots late,” told The Philadelphia Inquirer’s Keith Pompey.

So far, Butler has done exactly that, hitting two game-winners in eight days for his new squad.

“That’s my spot,” he said, per Pompey, when referring to his two clutch baskets, both from the right side of the floor.

Related Article:  Joel Embiid On Wanting To Quit Basketball Amid Injuries And Tragedy
-->