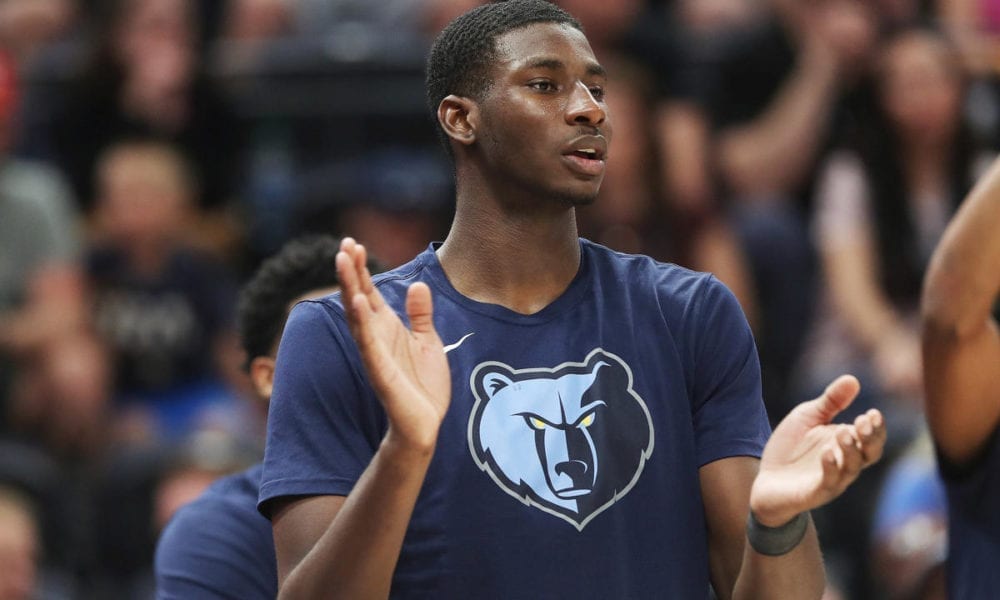 Jaren Jackson Jr. has revealed the secret to his stunning defensive prowess after a career-high seven blocks against the Knicks on Sunday night.

His secret isn’t working with a defensive coach, or studying game film, or knocking on Gary Payton’s door and asking for tips – his secret is playing NBA2K19.

The only thing 2K has helped most of us do is chill, but Jackson Jr. says the popular video game has been helping him work on the timing of his blocks.

“I think a lot of my blocks were late, so let’s say I had gotten blocks earlier, they probably wouldn’t have done the same things,” he told reporters.

“It’s just kind of being in the right place and getting the timing down. I’ve been doing that timing stuff a lot, I like that.

Whether it’s 2K or just something in the water in Memphis, the Grizzlies are on track for an unexpectedly huge year, and Jackson is a big reason why.

In his first season he’s helping to lead a defence which is so good that the team has managed a 12-7 start despite having the lowest scoring offence in the league.

So next time your mum yells at you to get off the dan PlayStation, remind her that you’re busily studying the art of basketball on your way to becoming an elite NBA talent.