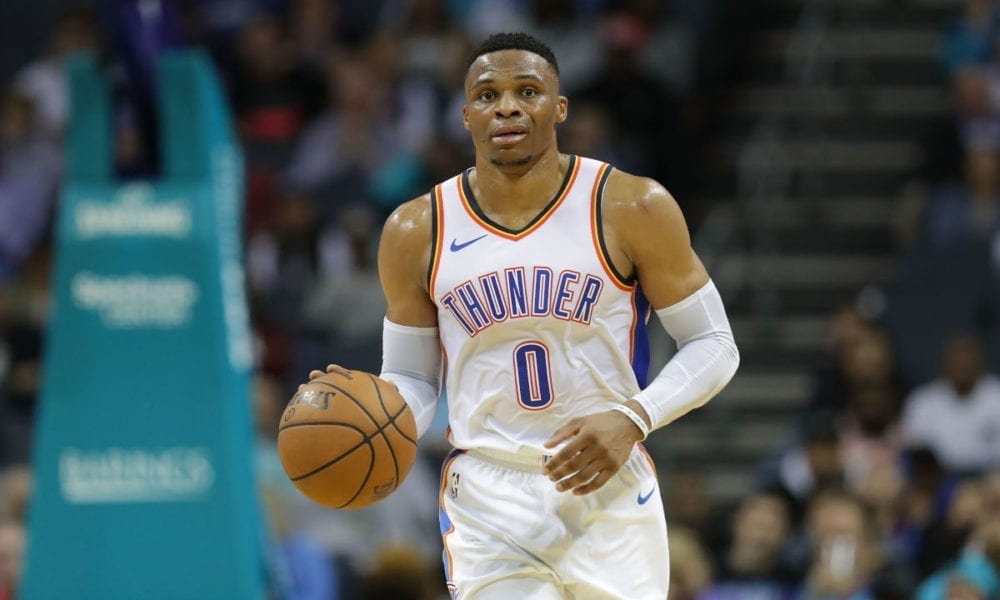 Russell Westbrook had to be assisted to the locker room after suffering an ankle injury against the New Orleans Pelicans on Monday.

Russ rolled his left ankle after he landed on Anthony Davis’ foot while going up for a rebound.

Things got pretty scary as he screamed out and rolled around the court in agony. He wasn’t even able to put any weight on his left leg.

After being helped back to the locker, Westbrook was taken immediately for scans.

Obviously the Brodie wasn’t around to chat after the game, but Aquaman — I mean Steven Adams — hit us right in the feels.

“It’s just sh*t that you lose a player, regardless. It has nothing to do with winning or losing. He’s your boy, that’s the hardest.”

Young tweeted an update earlier this morning. The good news is that the injury looked worse than it actually is, but it will still keep Westbrook out against the Cavaliers.

Russ will continue to get treatment as he travels with the team, with no announcement yet about his expected return.

Seeing that Westbrook is averaging 25.3 points, 8.8 assists and 8.5 rebounds, OKC fans will be hoping that he’s back soon.

So will Steven Adams. Not because he wants to win, but ‘cos that’s his boy. Best bromance ever.