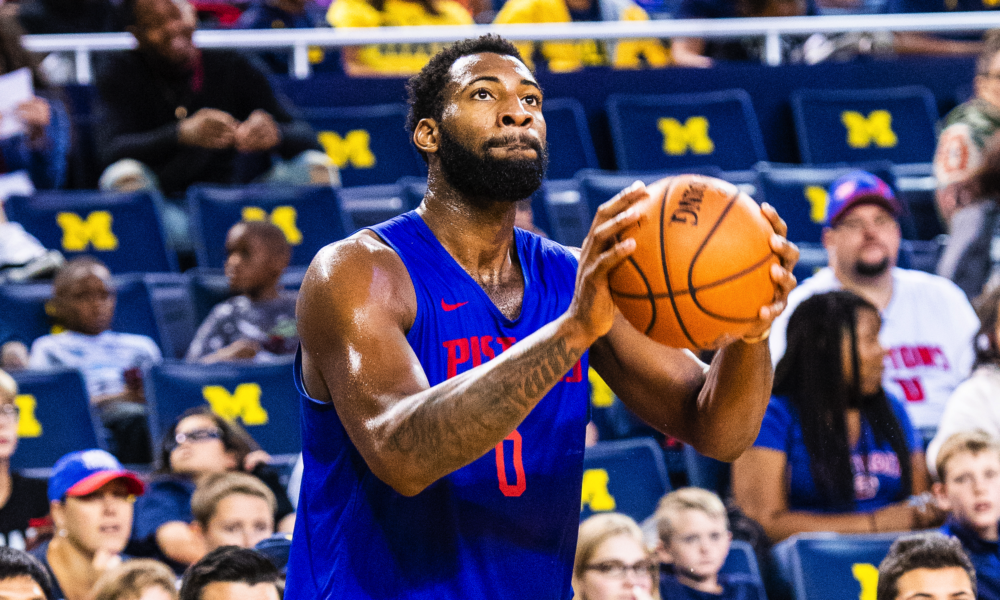 It’s no secret that NBA coaches and GMs across the league wants their big men to take and make more threes than ever before.

Well, they got halfway there on Wednesday with a host of traditional centers launching bombs from deep.

The big man was dominant inside the arc, shooting 14-21 on his way 31 points and 16 rebounds as the Pistons held off the Thunder in Oklahoma City.

But don’t expect Drummond to stop entertaining the three-ball.

He’s been posting videos of his three-point prowess all summer and recently talked up his progress too.

“I make at least 200 corner 3s every day before I leave the gym,” Drummond said.

“I’m getting them up.

“I’m getting the same shot up over and over again, so I’m getting more comfortable with it.

Another big man whose been working on his outside this offseason is Enes Kanter.

He only took two shots from deep last season, missing both, but new coach David Fizdale is determined to get Kanter following in Marc Gasol’s footsteps and shooting plenty of them this season.

He missed both his attempts against the Brooklyn Nets on Wednesday in an otherwise dominant performance.

He had 22 points and 20 rebounds, suggesting he wasn’t straying too far from the rim.

But if his coach has his way, he’ll be letting plenty more fly as the season inches closer.

A couple of other traditional rim-protecters also expanded their shot charts on Wednesday were Robin Lopez and John Henson, with both men missing their lone three point attempts in the Bulls vs Bucks game.

We’ll keep a look out for the other unlikely three point bombers as the preseason rolls on.

Related Article:  Gordon Hayward: ‘I Don’t Feel Comfortable On The Floor Yet’