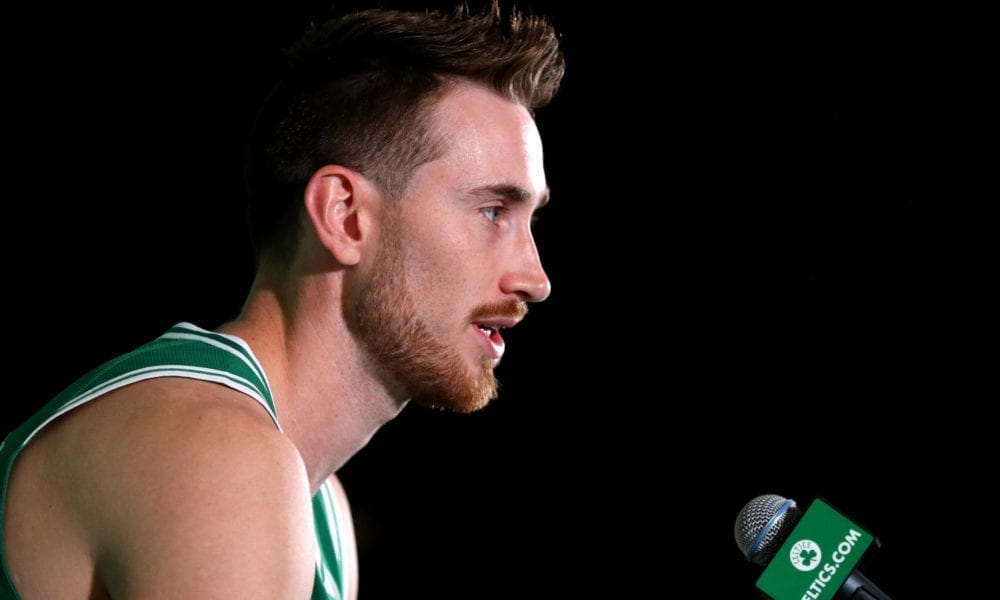 After spending close to a year on the sidelines following his horrific leg injury last October, Gordon Hayward’s return to his old self is still a work in progress.

Unsurprisingly, Hayward has been as rusty as an old steak knife so far in the preseason, shooting just 5-20 from the floor and getting called for eight fouls in 59 minutes.

Speaking with ESPN’s Zach Lowe this week, the resilient small forward said he was still some way off feeling comfortable during games.

“But I don’t feel comfortable on the floor yet. It’s one thing to be physically able to do everything. It’s another to be a basketball player — the timing and the rhythms.

“When you’ve been playing a long time, you just know. But not after you take a huge break, and come back to a new system.

“The second surgery was such a setback. I was really looking forward to playing 5-on-5 the whole summer.”

“What I’m going through now is what I wanted to do in the summer, but it didn’t work out that way.”

Hayward added that needing to go back on crutches following his second surgery was by far the hardest part of his gruelling recovery process.

“I was miserable,” he said.

“To go back into a walking boot after all that progress — back on crutches.

“That was my lowest moment.”

In all likelihood, it won’t be until next season that Hayward feels completely right.

That’s usually the rule of thumb with injuries as severe as his.

But in the meantime, he’ll at least have the entire basketball community in his corner.