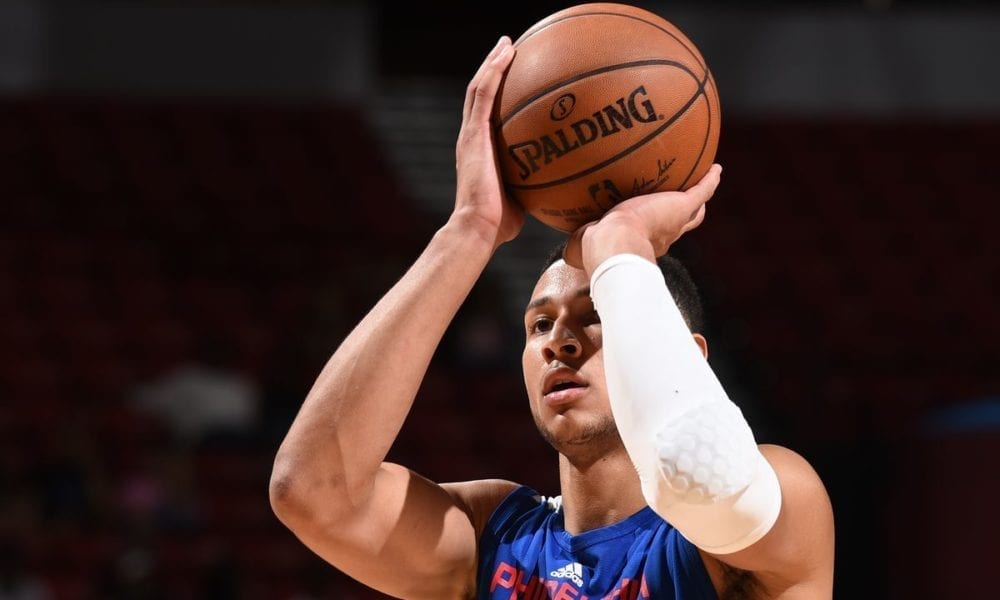 For Ben Simmons, it must feel like a glass half empty kind of world at times.

As a rookie last season, he was already elite in so many aspects of the game, and yet often all anyone wanted to talk about was his unproven outside shooting.

The young Aussie hasn’t let that phase him, however.

And he’s also refusing to bend to the public’s will and focus on becoming an outside shooter.

While he did put a lot of work into his shot over the summer, he says his true focus is developing his post play and finishing.

“[Shooting threes] isn’t my main goal at all,” Simmons said this week, per HoopsHype’s Alex Kennedy.

“I mean, I’m not even where I want to be when it comes to finishing at the rim or my post finishes. I’m still getting better at that. Once I’m good at that, then I’ll probably expand my game.”

Simmons added that he also wants to become an elite defender.

“Individually, the goal for me is just to be better than I was last year, especially defensively,” he said

“[I want to be] First Team All-Defensive. That’s one of my goals… But my main goal is to win a championship. That’s my priority.”

Simmons’ comments came after 76ers head coach Brett Brown said his young star’s jump shot would not define him, and that he wanted to see him make the All-Defensive Team.

Related Article:  Gordon Hayward: ‘I Don’t Feel Comfortable On The Floor Yet’
-->