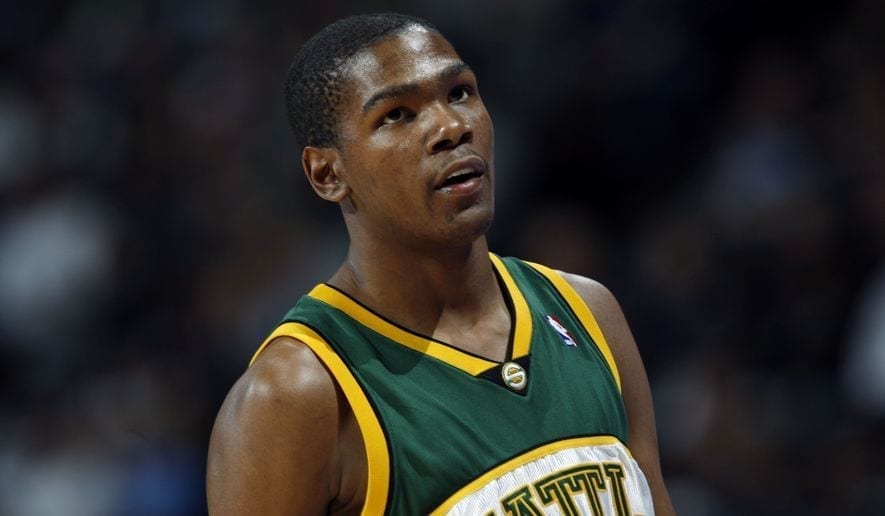 It feels like forever ago that Kevin Durant was a hero not a villain.

And it feels like even longer since he was a hero in a Sonics jersey.

Durant’s first year in Seattle was the Sonic’s last, and the team’s hijacking is something he still wants to see corrected.

“Most definitely,” Durant told ESPN’s Nick Friedell when asked if he wanted to see the Sonics return to Seattle. 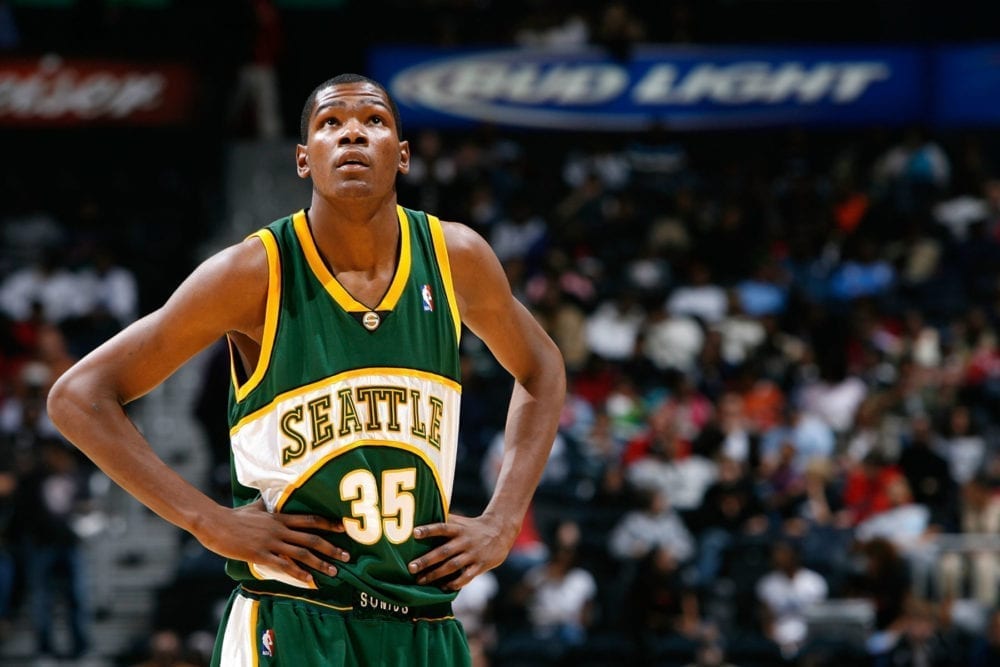 “And I feel like that whole brand deserves an NBA team. Just like the Golden State Warriors deserve a team or the Los Angeles Lakers deserve a team, Seattle is that same way.

“[A team] has that same type of impact in the community. So [we have] a lot of time in life before this whole thing is over, and I’m sure we’ll see a team before it’s time.”

Despite all the time that’s gone by, Durant still feels a strong connection to his original team and the city they played in, much like Chris Paul and New Orleans or LeBron James and Cleveland.

“I look back on it and picture what it would have been like to [still] live there and play there, but I had no control [over the move],” he told ESPN.

“…I still got a connection with the Northwest area, always going up there with Nike in Portland, making trips to Seattle here and there, just knowing that I’m always going to be a Sonic. I think no matter what jersey I put on, I think those fans know that.”

Durant will return to Seattle on Friday when the Warriors play the Kings at Key Arena.

It will be the first NBA game played in Seattle since the Sonics moved to Oklahoma City in 2008.

Related Article:  Derrick Rose Has Risen From The Dead, Markelle Fultz Is A Shooter Now And Other Preseason Overreactions
-->