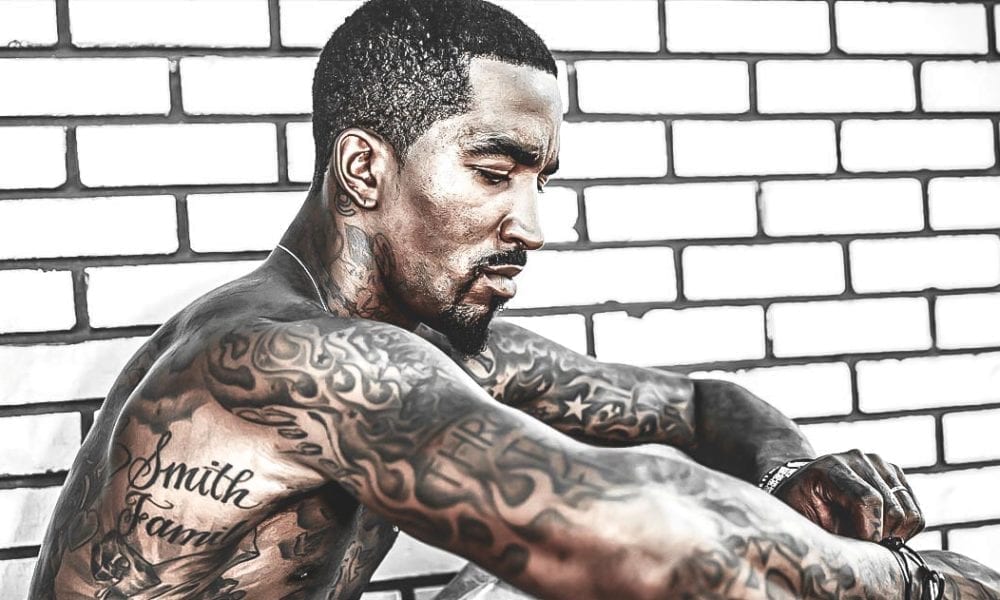 After the NBA insisted he stopped wearing a Supreme sleeve last season, Smith did what anyone would do and got the brand tattooed onto his body instead.

In a twist no one could’ve predicted, the NBA didn’t like that at all and said Smith would either cover his ink during every game of the season, or cop a fine every time he fails to do so.

After taking a moment to vent on Instagram, JR reluctantly agreed to do so.

But he refused to even give the NBA the satisfaction of a response.

“I don’t talk to the police,” Smith told reporters on Tuesday, when asked if he would be in contact with the league.

“That doesn’t do anything for me.”

Smith later told ESPN he gave in to the NBA’s wishes because he figured defying them would be a waste of his hard-earned coin.

“I’m not giving them money that could go to my kids,” Smith said.

“I was looking into (my rights), but the players’ association just texted me, and you know what?

“I’m not going to put money in their pockets. Not a chance.”

Smith did not appear in Cleveland’s preseason opener against Boston on Tuesday, so we’re still waiting to confirm whether he’ll actually cooperate with the NBA.