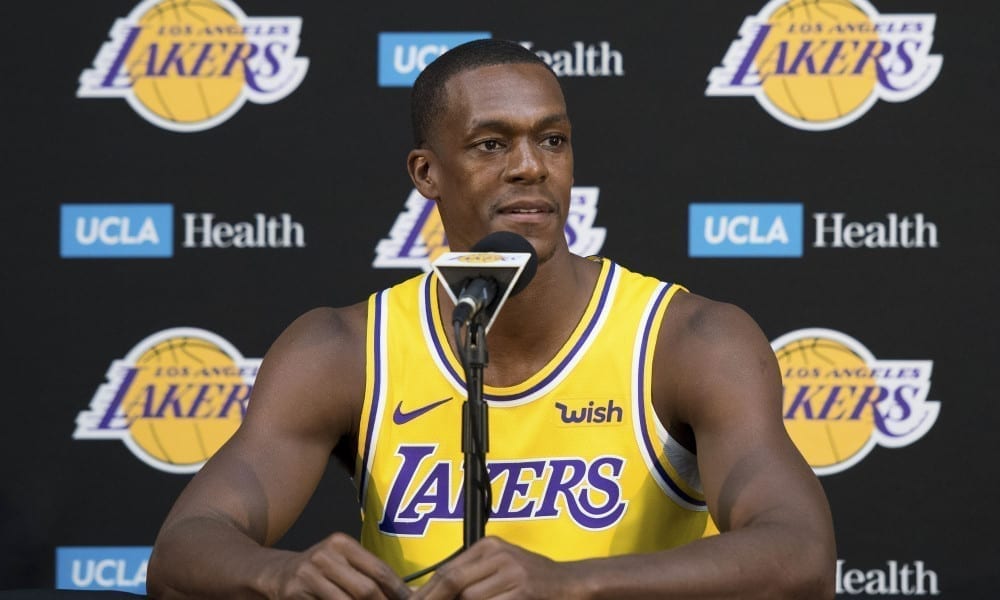 One of the many intriguing subplots surrounding the new-look Lakers has been whether they’ll start Lonzo Ball or Rajon Rondo at point guard.

Today we got our answer, with ESPN’s Dave McMenamin reporting that Lakers head coach Luke Walton had told him Rondo would start to begin the season.

Ball is still recovering from a torn left meniscus and was only recently cleared for five-on-five action, which likely made Walton’s decision significantly easier.

But despite having a convenient excuse to start Rondo in the short-term, Walton will have to decide whether he’s going to keep his point guard of the future on the bench or risk upsetting Rondo by moving him to the pine.

Then again, should to Lakers prioritise the feelings of a guy who has changed teams every season since he left Boston four years ago?

Ball, meanwhile, has admitted that confidence was one of his greatest problems last season, and starting games on the bench after being drafted second overall surely won’t help.

But with LeBron now on the team, the pressure for Walton to win now could simply be too much.

To his credit, James insists he isn’t putting the pressure on the Lakers to win immediately (even if the rest of the team will feel it anyway) and that could work in Lonzo’s favour.

So too could Rondo stating he’d be cool with coming off the bench, telling ESPN earlier this year, “Whatever role this team wants me to play, I’ll play it.”

Anyone looking beyond this season – which won’t yield a championship anyway – knows the Lakers need to start Ball once he’s 100 percent healthy again.

They used the second overall pick to get him, and to not see through such a large investment would be irresponsible.

Players traditionally make a major jump between their rookie and sophomore seasons, and Lonzo needs to be given every opportunity to do so.