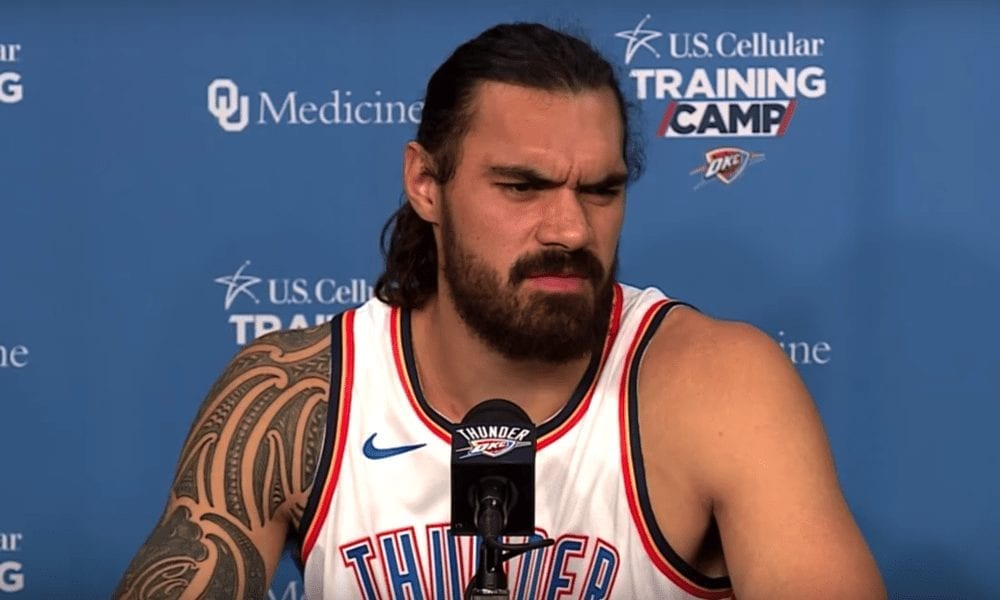 NBA media day – where GIFs are born and memes are immortalised – is back for another year.

And what a day it is, one which provides more off-court entertainment in the space of hours than most leagues will give you all year.

There’s so much incredible content, in fact, that trying to consume it all can be quite the daunting process.

So we’ve done our best to wade through all of Monday’s absurdity and bring you the very best bits.

Kawhi Leonard will haunt your dreams

Kawhi Leonard is laughing during his press conference!! 😱

Before today it was hard to find a single documented case of Kawhi Leonard smiling, let along laughing.

Now I think it’s safe to say we all wish it had stayed that way.

Udonis Haslem has a death wish

This is what Udonis Haslem was just up to at Miami Heat media day.

Can you image the panic in Eric Spoelstra’s eyes if LeBron tried this during the Heatles era?

Thank god he was joking.

Please elaborate, said no one ever.

“You don’t text… you don’t call.” 😂@JoelEmbiid and @dariosaric reuniting on #NBAMediaDay is a tradition like none other. #HereTheyCome pic.twitter.com/y42l9ZjE8P

Thankfully the bromance is still intact.

Russell Westbrook with his first dunk of the season 😅

Carmelo Anthony says he hasn’t had discussions about coming off the bench versus starting yet, but he felt very wanted by the organization and appreciates that. pic.twitter.com/JE4cAAJcXA

You can’t run from it forever, Melo.

[email protected]_Frye got to the Q early to get “some dude’s” former locker 🤣 (via @kevinlove) pic.twitter.com/YVc6DFa2iY

Serial troll Channing Frye with no chill, and all the chill in the world, all at the same.

Sorry mate, could you repeat that?

"So you're going want to go straight up Xander, make a sharp left on Ale and head down Gilgeous." (📸 @CWallaceLAC) pic.twitter.com/C7vqviwTt8

There must’ve been a better way to do this.